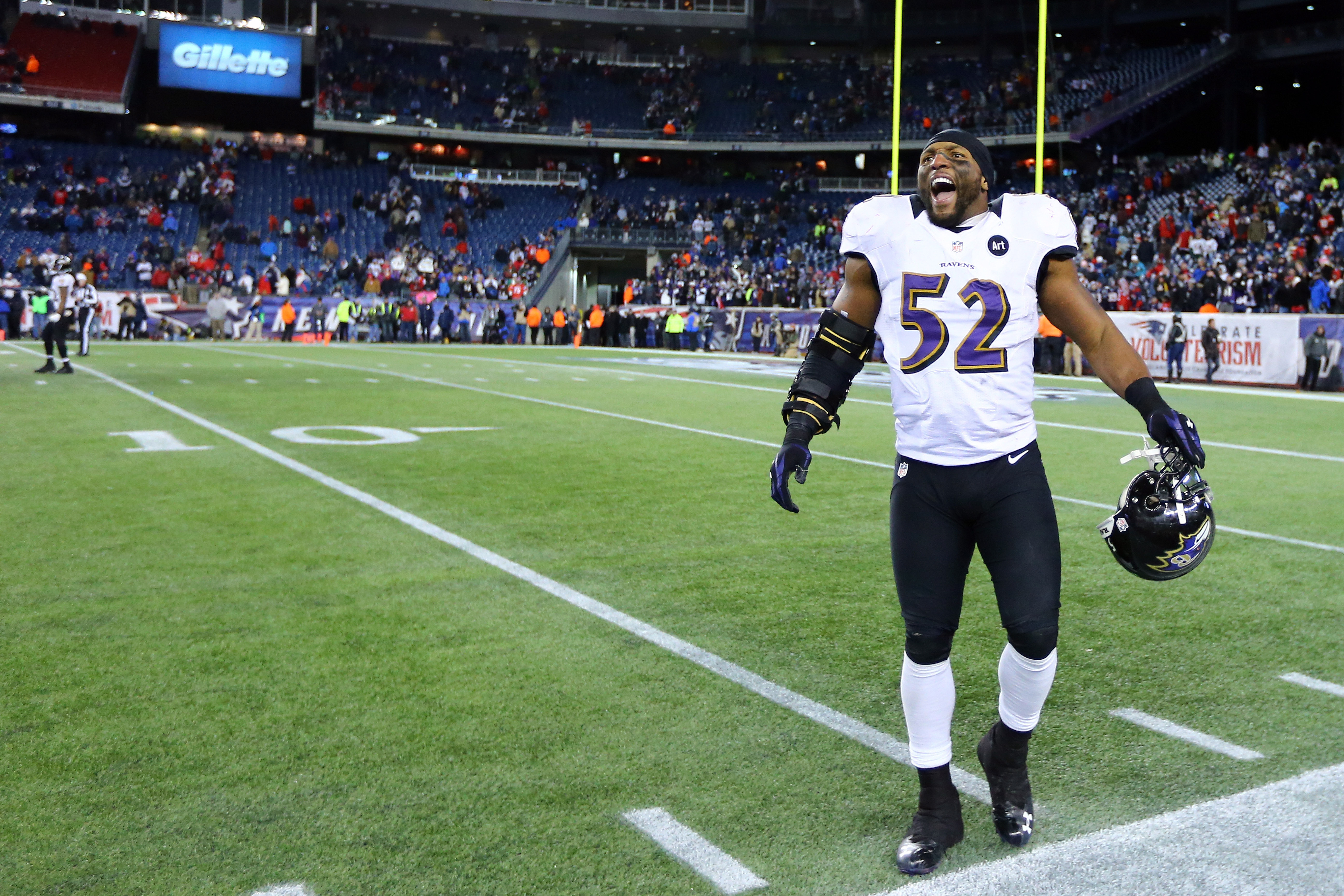 OWINGS MILLS, Maryland For weeks, no one could determine when The Ray Lewis Retirement Tour would draw to a close.

Since Lewis announced on Jan. 2 his "last ride" in the NFL would coincide with the end of the Baltimore Ravens' playoff run, there was the possibility that each game would be his last.

Now, after successful stops in Denver and New England, there is no longer any doubt: Win or lose, Lewis will perform for the final time on Feb. 3, in New Orleans on the NFL's grandest stage.

It wouldn't be surprising if Lewis approached the Super Bowl with a feeling of finality, but the 37-year-old middle linebacker insisted this week that he's thinking only about helping the Ravens beat the San Francisco 49ers.

"Honestly, outside of putting my head in the playbook and studying San Fran, I really haven't thought about anything else," Lewis said.

"It's going to be a great day, period, no matter what happens. And that's kind of the way I've approached it," he said. "I haven't even said, 'Oh man, this is your last game, what do you think?' I really haven't. Because I just really am keeping my teammates focused on the real prize."

Now in his 17th season, Lewis is preparing for his second Super Bowl - the first in 12 years. The last time he played for the NFL championship, Lewis earned MVP honors in Baltimore's 34-7 win over the New York Giants.

After waiting all this time to get back, Lewis has no intention of merely settling for being part of the big game.

"The real prize is actually going and winning the Super Bowl," he said. "It's great to get there, don't get me wrong, but to win it is something special."

And then, only then, Lewis will think about what it means to walk off the gridiron for the final time.

"You feel that confetti drop, I'll probably reflect then, when I'm there," he said. "But, it really hasn't crossed my mind like that."

CBSSports.com's Mike Freeman says Lewis is the Ravens' inspirational leader whose reputation is legendary in Baltimore.

"There has never been anyone in NFL history like Lewis who garners a flock of followers using both action and words," Freeman writes. "Normally, this kind of influence and belief system comes to a player only after he's died."

San Francisco inside linebacker Patrick Willis, who wears No. 52, has nothing but admiration for Baltimore's No. 52.

"I'm just a big fan of him, period," Willis said. "Just his enthusiasm on the field, the passion he plays with. I've always been a big fan of those who play with passion, such as Ray Lewis. I know people always want to make comparisons and talk about torches and all this. At the end of the day, I always say I can only be the best player I can be.

"As a fellow linebacker, being at the Pro Bowl and being able to be coached by the same coach (Mike Nolan) at one point in time in our careers, we've become friends. Ray's one of those guys, he loves to give his wisdom and give his knowledge, and I'm the type that I love to listen."

Lewis has been with the Ravens since 1996, and it wasn't long after his arrival that he became the captain of the defense. As his career went on, he lost a step but made up for it with tireless film study and sharp instincts.

Last year he received his 13th Pro Bowl nod despite missing four games with a foot injury. This season, after tearing his right triceps on Oct. 14, there was a strong possibility he wouldn't be back.

At first, the Ravens believed he was done for the year. But Lewis vowed to return, and his teammates were determined to make it happen.

"We knew we wanted to make the playoffs in order for Ray to have a chance to come back," safety Ed Reed said. "He's that engine, that motor that's going to go all the time. He understands what the offense is trying to do to you when you're talking about the run game. He's calling out plays before they even happen. That's what you really miss when Ray is out."

Since his return, Lewis has 44 tackles in three games. He isn't limping into retirement; rather, he's headed out with a flourish.

Lewis attributes his involuntary 10-game absence as the reason behind his resurgence on the field.

"I've always said that anytime you can give your body a true rest - not just your body - anytime you can give your mind a certain rest from the game and from the every week wear and tear, when you come back you come back just as fresh as ever," Lewis said. "For me right now, I feel fresh. My mind is fresh, my body is fresh and I'm just excited to really be able to end the thing up the right way."