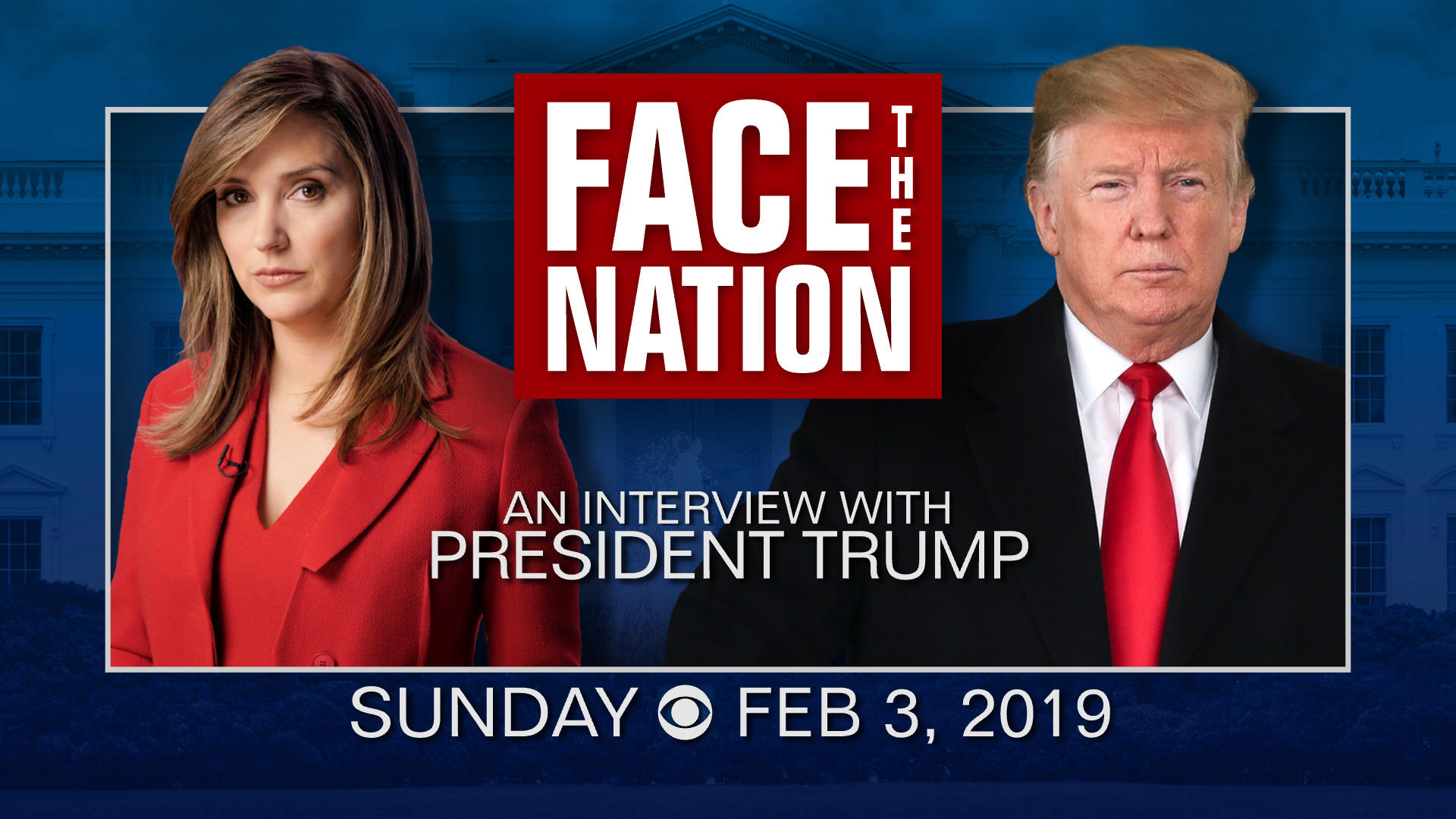 President Trump will watch the Super Bowl kickoff from the respite of his Mar-a-Lago resort this Sunday, escaping Washington, D.C., after weeks hunkered down for the government shutdown.

But before leaving the nation's capital, he sat down with "Face the Nation" moderator Margaret Brennan for a wide-ranging interview on football, race, foreign policy, special counsel Robert Mueller's probe, and the 2020 Democratic field.

Their sit-down in the White House Blue Room, his first television interview since the end of the partial government shutdown, airs Sunday on the "Face the Nation." More from their discussion will broadcast at approximately 3:30 p.m. EST on the CBS television network.

In the interview, President Trump ramped up his scorn for Democratic leaders that have frustrated his border wall demands.

"She doesn't mind human trafficking or she wouldn't do this," the president said of House Speaker Nancy Pelosi, accusing her of "playing games."

"The president's wild and predictable misrepresentations about Democrats' commitment to border security do nothing to make our country safer," Pelosi Deputy Chief of Staff Drew Hammill responded in a statement.

"He's got no chance," the president predicted.

And after earlier this week blasting his own intelligence chiefs as "extremely passive and naive," the president claimed to have reconciled with his director of national intelligence and CIA director.

"I have intel people, but that doesn't mean I have to agree," President Trump told Brennan.

More of their sit-down, the president's first television interview since the partial government shutdown, will air later at approximately 3:30 p.m. EST on the CBS television network.

And we'll be joined in Atlanta by our special Super Bowl panel:

On television, the radio, and streaming online, don't miss "Face the Nation" this Super Bowl Sunday! Click here to check your local listings.