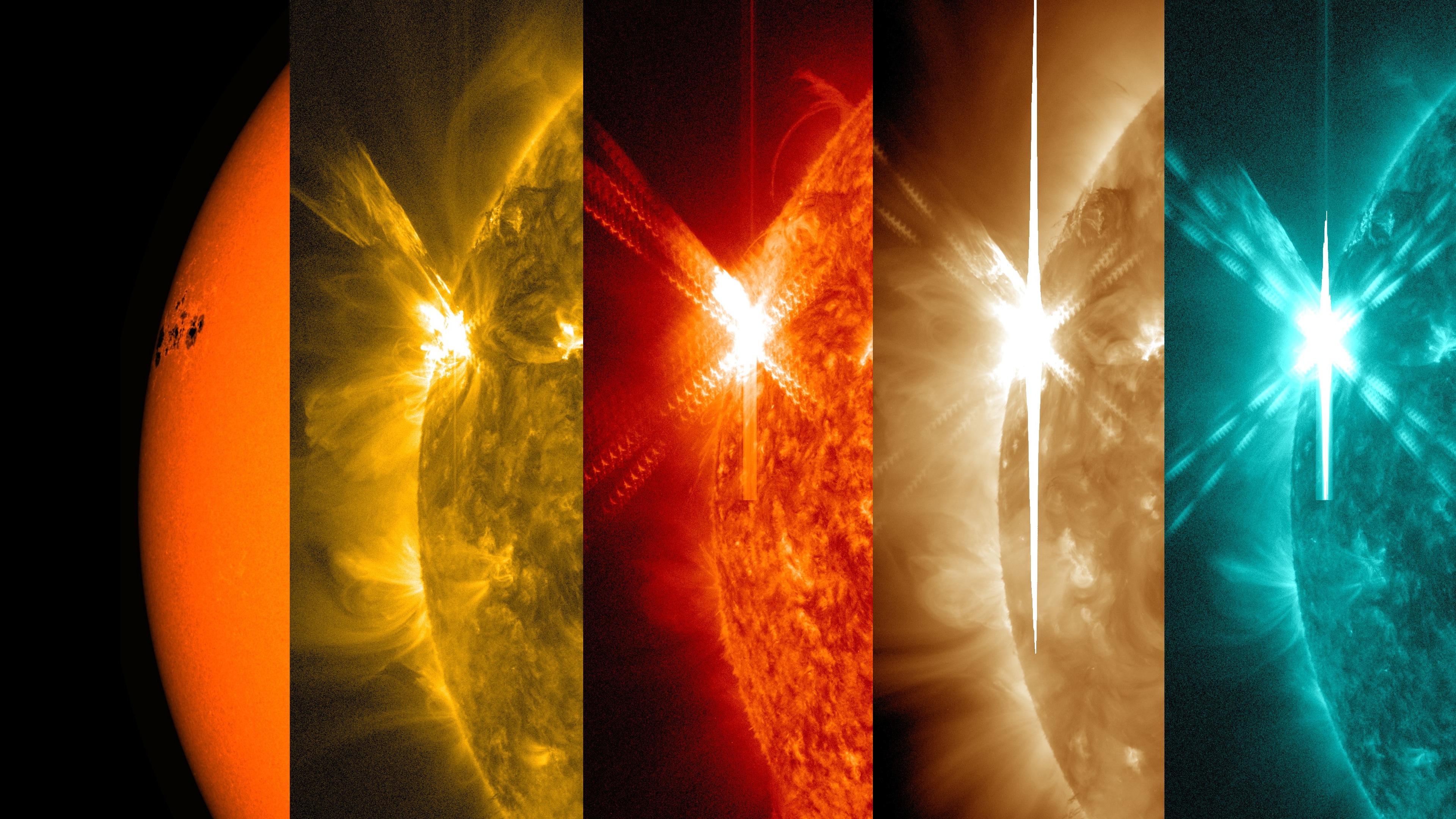 The sun produced its biggest solar flare so far this year, a huge blast that caused temporary radio blackouts throughout the Pacific.

The blast, however, is unlikely to cause major problems back on Earth.

"Given the impulsive nature of this event, as well as the source location on the eastern limb of the sun, we are not expecting a radiation storm at Earth," scientists with the U.S. Space Weather Prediction Center (SWPC) in Boulder, Colorado, which is overseen by the National Oceanic and Atmospheric Administration, wrote Tuesday evening.

"We will be on the lookout for new imagery from the NASA SOHO [Solar and Heliospheric Observatory] mission to determine if there was an associated coronal mass ejection (CME) with this event," they added. "Given the same logic above, however, we do not expect there to be one that would impact Earth."

CMEs are massive clouds of solar particles rocketed into space at millions of miles per hour. CMEs that hit Earth can trigger geomagnetic storms that can disrupt power grids and satellite navigation.

While Earth dodged a bullet this time, scientists warned more sun-storm activity could be on its way.

"We are expecting several active regions to be rotating onto the visible disk later this week and into the weekend they wrote in the update. "We have observed a few energetic CMEs on the back side of the sun with these regions, so we expect that overall solar activity will be on the rise in the short to medium term."

But it wasn't only solar flares that mesmerized astronomers in recent days. They also got the chance to see a monstrous burst of plasma erupt from the sun.

The elongated solar filament, as it's known, extended across almost half of the sun's visible hemisphere. Snapped by the coronograph instruments on the joint ESA/NASA Solar and Heliospheric Observatory or SOHO, the images make the filament appear as if it's a wisp of smoke drifting off from the bright orange sun.

Solar astronomers around the globe had their eyes locked on the sun for the past few weeks awaiting this eruption. And the sun did not disappoint, putting on a show April 28 and April 29.

The images are a testament to the equipment on board the SOHO. LASCO, which stands for Large Angle Spectrometric Coronagraph, is able to take images of the solar corona by blocking the light coming directly from the sun with an occulter disk, creating an artificial eclipse within the instrument itself.