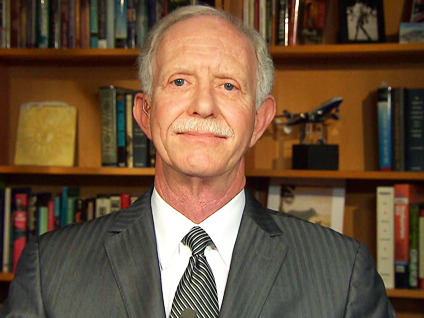 Two years ago today, Air France flight 447, which was headed from Rio de Janeiro to Paris, crashed into the Atlantic Ocean off Brazil, killing all 228 people on board.

Now, using new clues from the plane's black boxes, experts say pilot error may have played a major role in the disaster.

The cockpit voice recorder reveals it was the youngest member of the crew, a 32-year-old co-pilot, who announced "I have the controls" after speed indicators in the airbus A330 malfunctioned and the autopilot disengaged. The 58-year-old captain was on a break, and not in the cockpit.

Eric Schramm, executive vice president of Air France, has defended the pilots who died in the crash, saying "We had an optimal level of competency in this Air France plane's cockpit."

But experts are now questioning whether better pilot training and changes in procedure could have prevented the disaster.

On "The Early Show," CBS News Aviation and Safety Expert and retired Capt. Chesley "Sully" Sullenberger said pilot training is just one aspect of what needs to change in air safety. Sullenberger is the famed pilot who safely landed US Airways Flight 1549 in New York's Hudson River in 2009, saving the lives of all 155 aboard.

Pictures: Plane Down in Hudson
Pictures: Jet Submerged
"60 Minutes" on the story of Flight 1549

"(Pilots need) the ability to quickly demonstrate mastery of the airplane itself and systems and whatever situation they may face," he said.

However, Sullenberger added, current flaws in procedure also appear to have contributed to this crash.

CBS News Correspondent Elaine Quijano reported that the cockpit voice recorder revealed it was the youngest of the three pilots who was flying the plane when the Airbus A-330 malfunctioned and autopilot disengaged.

When a stall warning went off, the 32-year-old copilot initially pointed the nose down, as pilots are trained to do to pick up speed and lift. But when he leveled off and a second stall warning sounded he pointed the nose up. The plane began to rock, then stall, plummeting toward the Atlantic for three and a half minutes. Just one minute before the plane hit the water, he handed responsibility to the other copilot, who was 37, saying, "You have the controls," but it was too late.

The captain of the jet who, at 58, was by far the most experienced of the three, had rushed back to the cockpit from a rest break, but it does not appear he ever retook the controls.

The airplanes themselves and the procedures involved in using them, Sullenberger said, need to be designed in such a way that pilots are "clearly in the loop, so that they are ready and able to intervene when things suddenly go wrong."

Sullenberger added, "That's an issue now, with these highly-automated airplanes."

He continued, "I can tell you from firsthand experience, after many years of thousands of routine flights, how sudden emergencies have a very huge startle effect, and it takes a lot of discipline to be able to focus clearly on the task at hand in spite of that."

Recently, the Federal Aviation Administration announced recommendations to overhaul pilot training in response to the crash of Colgan Air flight 3407 near Buffalo, New York in 2009.

But even with the recommendations, Quijano reported, it could take months for airlines to upgrade their training programs.

He explained, "One of the things we could do ... is to provide and display directly in the cockpit critical angle of attack information; this angle of the air flow over the wing information that the airplane already measures, but is not displayed to the pilot. Had they had the information displayed directly into the cockpit, it would have helped them if they were trained to use it effectively."