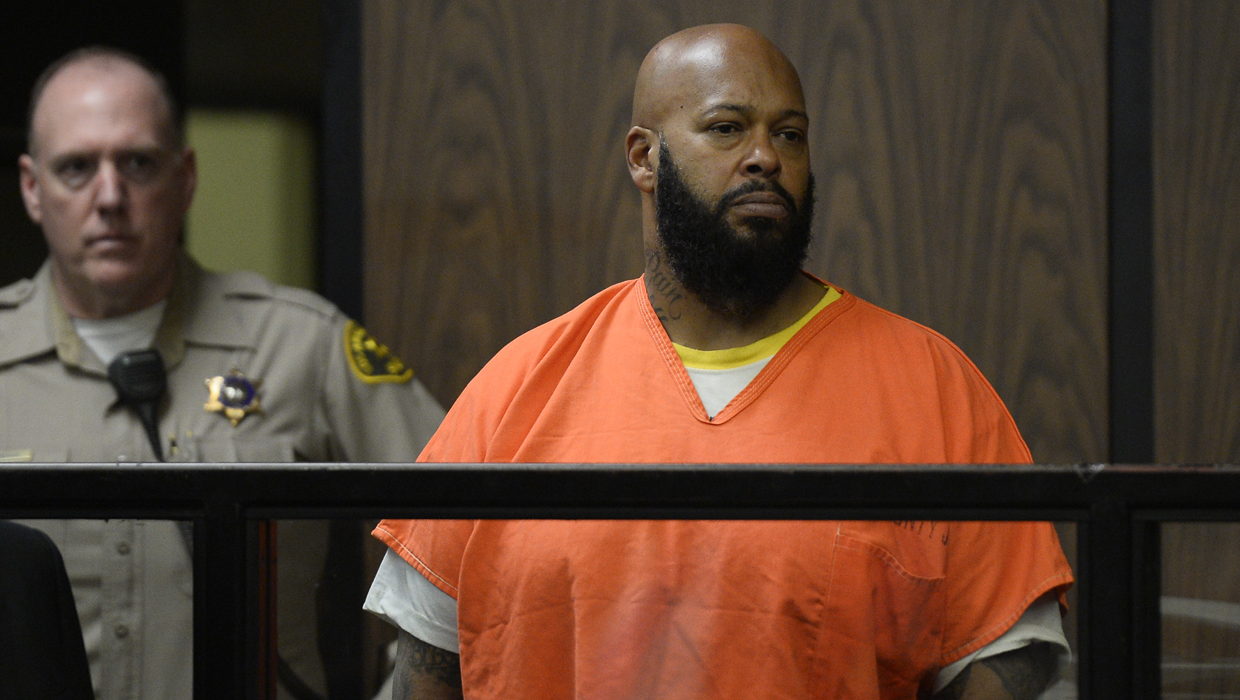 The 49-year-old appeared in a high security Compton courtroom for his arraignment Tuesday, where a judge assigned to the case recused himself, reports the station.

Knight has been in custody since he surrendered to authorities Friday. He appeared wearing orange jail attire. After the appearance, he was reportedly taken to the hospital, complaining of chest pains.

Earlier Monday, Knight had his bail revoked, reported CBS Los Angeles. He was previously being held on $2 million bail, but authorities said they believe he is a possible flight risk, and could potentially intimidate witnesses.

The ruling came after homicide detectives told the bail commissioner that Knight could face a lengthy prison sentence because of a violent criminal past, said Los Angeles County sheriff's spokeswoman Nicole Nishida.

Knight was out on bail in a separate robbery case when the men were hit.

CBS Los Angeles reports authorities say it appears Knight aimed his vehicle in the direction of the two men following an argument with Sloan. Knight's attorney, Jame Blatt, said his client was being attacked by a group of men and was trying to escape the scene when the collision occurred.

The incident was captured on video, which police say they are reviewing.