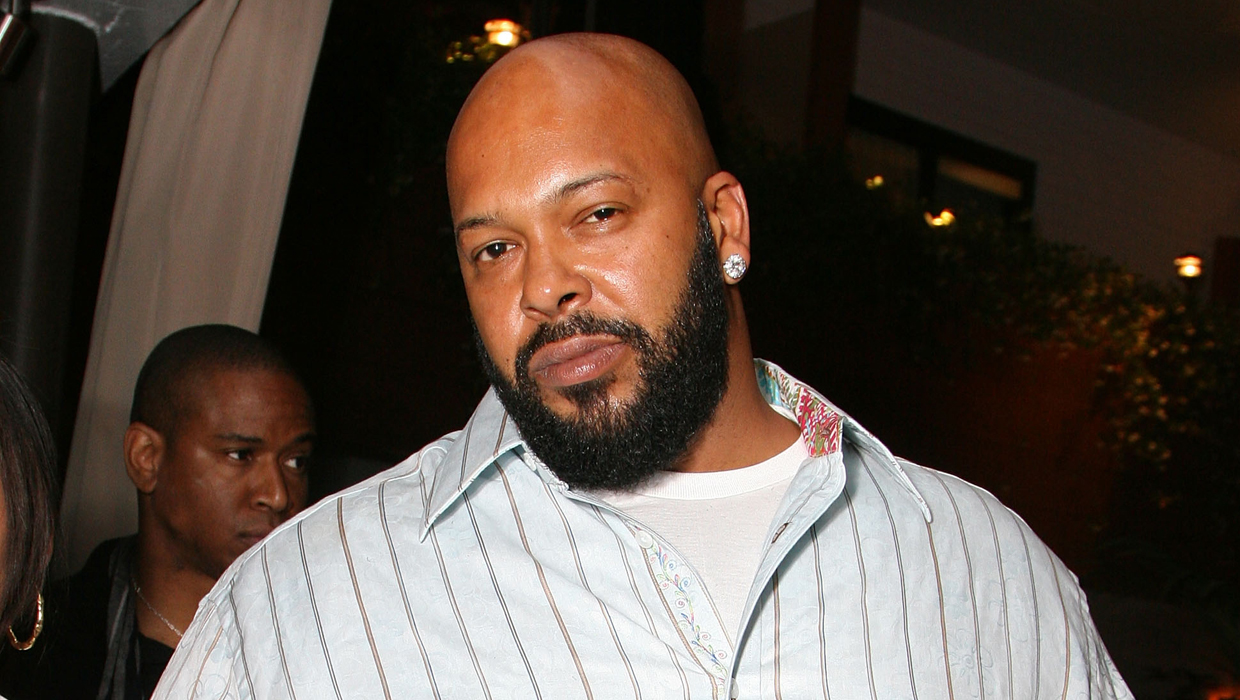 LOS ANGELES -- Investigators were reviewing a video of an incident in which Marion "Suge" Knight struck two men with his pickup -- leaving one dead and the other injured -- to help shed light on whether the rap music mogul was a perpetrator or victim in a case that led to his arrest.

Knight is being held on $2 million bail on suspicion of murder, and was scheduled to make a court appearance on Tuesday, according to Los Angeles County Sheriff's department. CBS Los Angeles reports Knight is expected to post bail Monday.

Knight's defense attorney James Blatt says his client is an innocent victim who accidentally ran over the men as he tried to escape a vicious attack. Blatt said he hopes to review video of the incident this week.

Sheriff's spokeswoman Nicole Nishida confirmed Saturday that detectives were reviewing the video, but "they have made no such arrangements with the attorney" nor did they plan to show it to him.

The incident was the latest in a long line of brushes with death and the law for the 49-year-old founder of Death Row Records.

Knight started the label that helped solidify West Coast rap with Dr. Dre, who had been a member of the legendary group N.W.A. The label also launched the career of Snoop Dogg and had Tupac Shakur in the last months of his life.

The fatal run-in occurred a short while after Knight was told by deputies providing security to leave a film location after arguing with Sloan, who was working on the set, during a break from filming a promotional video for the biopic "Straight Outta Compton" about the rise of N.W.A.

The argument resumed and escalated a short while later at a fast-food restaurant a few miles away, with Knight and Sloan exchanging punches through his open window, sheriff's Lt. John Corina said.

Corina said Knight backed up his pickup truck and knocked Sloan down.

"Then he puts the truck in drive, drives forward, running over him, and then keeps going forward and keeps on driving, and runs over Carter, who is standing in the parking lot, and keeps on going after that," Corina said.

He said witnesses told investigators it looked like an intentional act.

Authorities said they do not believe Carter was involved in the altercation.

Blatt, Knight's attorney, paints a different picture of the incident. He says Knight was called to Tam's Burgers in Compton by Carter for a meeting and was attacked by four people, including Sloan, as he slowed his truck. The men beat him through his window, tried to pull him outside, and threatened to kill him.

Knight punched the gas and fled in fear, Blatt said. He had no idea he hit two men.

Corina said that claim is hard to believe, and there's no evidence thus far of four attackers.

The incident came less than six months after Knight was shot six times at a West Hollywood nightclub in August -- the second shooting he's survived. No arrests have been made in that case.

At 6-foot-4 and weighing 325 pounds, Knight has a reputation as an imposing figure that is credited, in part, with helping create Death Row Records when he strong-armed another label to release Dr. Dre from his contract, said Chuck Creekmur, CEO of allhiphop.com.

Knight was at the center of one of the most notorious rap conflicts of the 1990s, pitting Tupac Shakur against Biggie Smalls in an East Coast-versus-West Coast rivalry.

Knight was sent to prison for nearly five years for badly beating a rival with Shakur at a Las Vegas hotel, just hours before Shakur was fatally shot while riding in Knight's car just east of the Strip.

Smalls, whose real name was Chris Wallace, was shot to death in a similar attack six months later.

Knight and Dre later had a falling out, and Dre left. The record company eventually declared bankruptcy and was auctioned off.

Dr. Dre and Ice Cube, another former N.W.A. member, were at the film location Thursday, but they didn't see Knight.

In November, Knight pleaded not guilty to a robbery charge filed after a celebrity photographer accused him of stealing her camera in Beverly Hills. Because of prior convictions, he could face up to 30 years in prison.