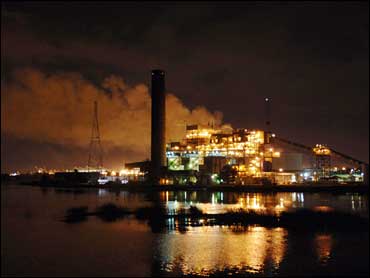 Imperial Sugar Co. and managers of its Georgia refinery ignored known dangers of explosive dust for decades before a chain of dust-fueled fireballs erupted at the plant last year and killed 14 people, federal investigators said in a report Thursday.

The U.S. Chemical Safety Board, which investigates industrial accidents, said it found written warnings of explosive dust hazards in company memos from the 1960s and that the deaths likely could have been prevented by routine housekeeping.

The agency said near-misses over the years from small fires also failed to persuade corporate managers to take the threat seriously inside the nation's second-largest sugar refinery, located a few miles west of Savannah.

"Imperial Sugar management was aware of the hazards associated with combustible sugar dust, but in the absence of any major catastrophic incident during many years of facility operation, the hazardous conditions went uncorrected," the report said.

The Chemical Safety Board doesn't issue fines or sanctions. Its findings are used to make safety recommendations to policymakers and industry officials.

However, the federal Occupational Safety and Health Administration last year cited Imperial Sugar for 211 workplace safety violations at its refineries in Georgia and Gramercy, La. It recommended $8.7 million in fines against the company - the third-highest penalty in the agency's history. The company is contesting the fine.

The Chemical Safety Board's findings could become a factor in more than 30 civil lawsuits filed against Imperial Sugar's subsidiaries by injured employees and relatives of workers killed in the blast.

The report concluded that the initial blast ignited inside a conveyor belt that carried sugar from the refinery's towering storage silos to a vast packaging plant where workers bagged sugar under the Dixie Crystals brand.

The 80-foot conveyor had been enclosed in a steel cover a year earlier to prevent contamination of finished sugar, but the cover also trapped sugar dust in dangerous concentrations. While the damage was too severe to determine the exact cause, investigators said an overheated bearing in the steel conveyor most likely ignited the dust like gunpowder.

However, the agency blamed the workers' deaths on a chain of secondary explosions that spread through the packaging plant, fueled by layers of dust the company had allowed to collect on floors, equipment and overhead rafters.

Intense pressure from the first explosion funneled into the four-story packaging plant with enough force to crack and buckle 3-inch thick concrete floors, the report said. The shock flung accumulated dust into the air, igniting a chain of eruptions that sent fireballs erupting from the plant for 15 minutes after the initial blast.

Workers told federal investigators that spilled sugar was frequently piled 2 to 3 feet deep in parts of the plant. One employee, according to the report, said he often had to clear a path with a squeegee so he could reach equipment.

"The secondary dust explosions would have been highly unlikely had Imperial Sugar performed routine maintenance on sugar conveying and packaging equipment to minimize dust releases and sugar spillage, and promptly removed accumulated dust and spilled sugar," the report said.

Imperial Sugar CEO John Sheptor has said the company had a comprehensive housekeeping program, including efforts focused specifically on dust.

The Chemical Safety Board also faulted the company for failing to conduct emergency evacuation drills for employees prior to the blast, which caused debris to block some stairways and escape routes. Also, the report said, there were no alarms to alert workers to an emergency. Workers had to pass word of the catastrophe by two-way radios and cell phones.

Investigators concluded both Imperial Sugar and managers at the Georgia refinery, which the Texas company bought in 1997, long knew that sugar dust was explosive and potentially devastating.

At the refinery, investigators found an internal memo from August 1961 describing a dust explosion in the plant's powdered sugar room. A September 1967 memo to executives from an engineer at the Georgia plant noted: "This dust problem has become so serious and dangerous in modern refineries."

"At present, we have so much to correct that is knowingly wrong," the 1967 memo said. "By removing these heavy accumulations of dust on beams, sills, and walls, the fuel for a continuous explosion will be eliminated."

That memo was written 30 years before Imperial Sugar bought the Georgia refinery. But investigators said the company also knew about dust explosions.

In 1998, an Imperial Sugar employee suffered severe burns from a dust explosion inside the powdered sugar mill of its refinery in Sugar Land, Texas - the company's headquarters. Over the years, the report said, several small fires had ignited inside the Georgia plant without causing a large explosion, and prompted no effort to reduce dust hazards.

In 2006, the Chemical Safety Board called on OSHA to adopt a new explosive dust regulation that would cover food processors, wood manufactures and other industries not included in a regulation from the 1980s that only deals with grain dust.

Even after the Georgia explosion, OSHA opposed a new dust regulation under the Bush administration. After President Barack Obama took office, the Labor Department said in May it was working on a new OSHA regulation on explosive dust.

Imperial Sugar resumed refining sugar at its Georgia plant in June, 16 months after the explosion. The company says it has adopted voluntary standards to minimize dust hazards and included new safety features in the new plant.