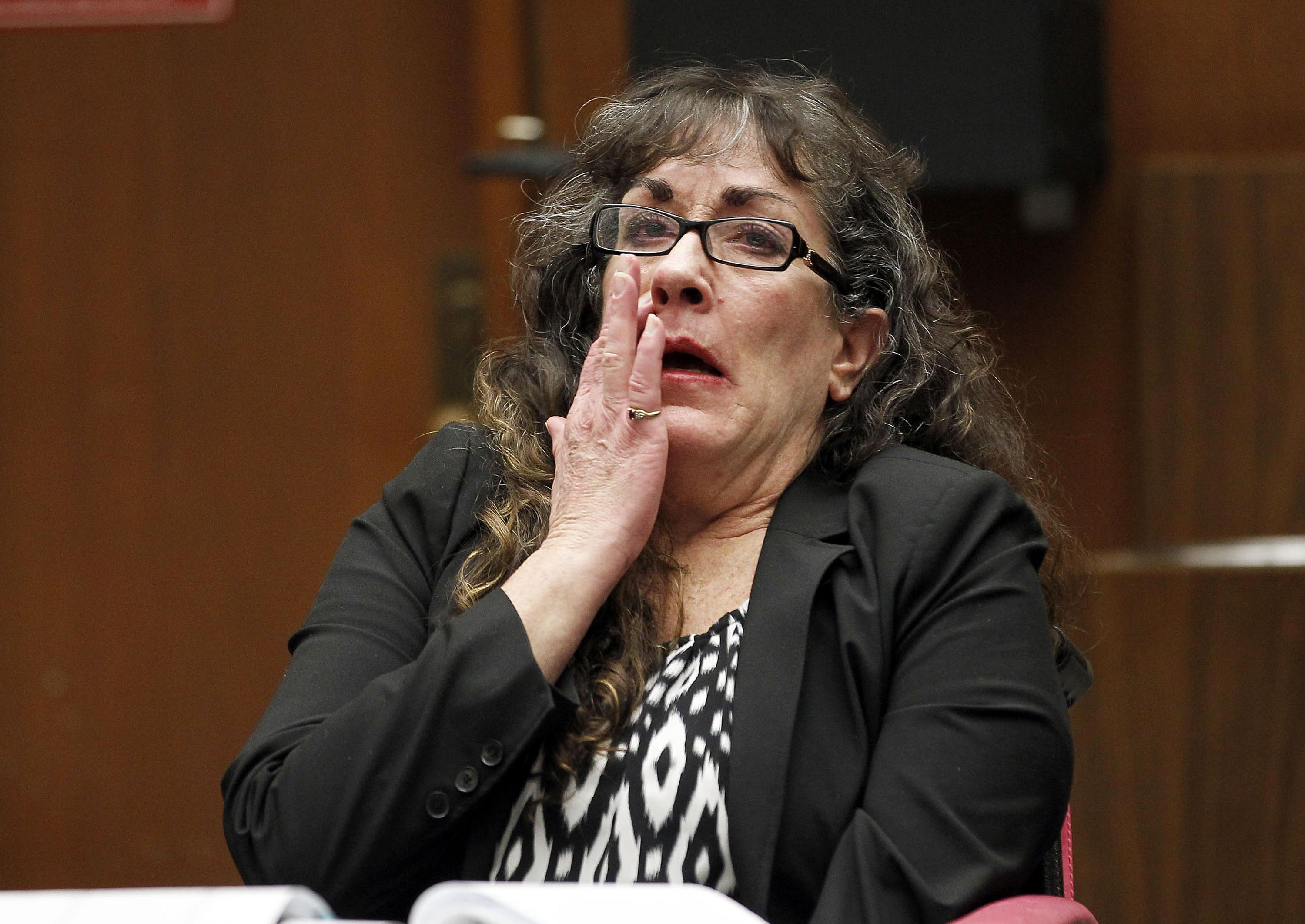 LOS ANGELES -- A California substance abuse counselor who hit a man with her car and drove two miles with his body embedded in her windshield was sentenced Thursday to 25 years to life in prison.

Wilkins, 55, had been found guilty at a 2014 trial on similar charges but an appeals court last year threw out the conviction because her entire criminal history had been admitted at trial and could have prejudiced the jury.

She had received the stiffer sentence of 55 years to life before her appeal.

Prosecutors then refiled charges and Wilkins pleaded no contest.

In 2012, Wilkins was a substance abuse-counselor and was driving home through Torrance when she hit and killed 31-year-old Phillip Moreno.

She drove more than two miles with his half-naked body embedded in the windshield and his upper body face down on the hood before other drivers confronted her at a stoplight, according to court records.

Wilkins told them that Moreno seemed to jump in front of the car. He died at a hospital.

Wilkins drank three shots of vodka and a beer in her car before driving but the defense argued there hadn’t been enough time for her blood-alcohol level to exceed the legal limit of .08.

Investigators said Wilkins’ blood-alcohol level was about twice that limit 1 ½ hours after the crash.