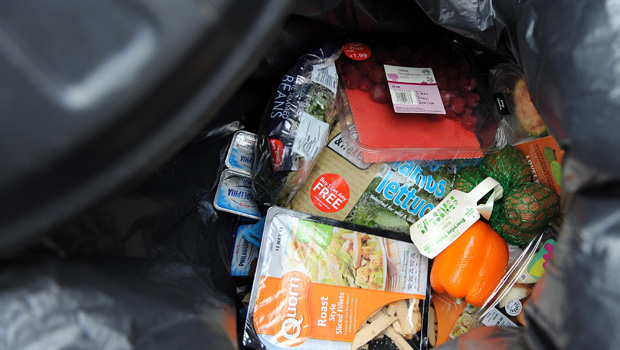 As much as half of the food produced in the world ends up going to waste, a London-based study found.

The Institution of Mechanical Engineers found that 1.2 billion to two billion of the four billion metric tons of food produced globally goes uneaten because of inadequate infrastructure as well as irresponsible retailer and consumer behavior.

"The amount of food wasted and lost around the world is staggering," Dr. Tim Fox, head of Energy and Environment at the institution, said in a release. "This is food that could be used to feed the world's growing population - as well as those in hunger today."

Developed countries like Britain and the United States have relatively efficient farming methods, so the majority of waste occurs on the consumer's end. The report found that about seven million tons of food - valued at about 10 billion pounds -- or about $16 billion -- is thrown away in British homes every year.

In Third World countries in places like sub-Saharan Africa and South-East Asia, farmers and producers contribute to the most wastage; inefficient harvesting, inadequate local transportation, and poor infrastructure has the largest impact, the report says.

The study has similar findings to another by the Natural Resources Defense Council in March. Their research found that Americans throw out 33 pounds of food each month.

The Institution of Mechanical Engineers calls for more efficient food practices, especially due to the fact the United Nations predicts there will be another three billion mouths to feed by the end of the century.

Their recommendations include having the U.N. Food and Agriculture Organization work with international engineers in spreading the best knowledge and know-how in agricultural technology across the world.

They also call for rapidly developing countries, like China, to focus more in waste minimization when building infrastructure. In developed countries, they ask governments to help change consumer culture by discouraging retailers from tossing food based on cosmetic appearance or promoting excessive purchasing - like two-for-one sales or oversized packages.