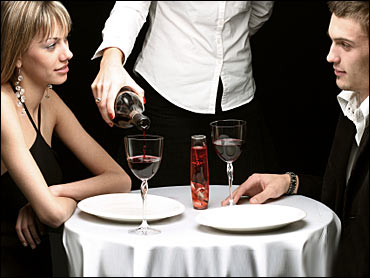 You know the rules for a good first date: be on time, don't text message and don't talk about your ex.

Now add one more to the list: tilt your head.

New research shows that how we tilt our head can play a big role in how attractive we are to the opposite sex. The study, published in the latest issue of Evolutionary Psychology tested whether the angle people viewed each other from was a factor in determining masculinity, femininity and attractiveness.

Men, usually taller than women, view a woman's face from above, and women view men's faces from below. The research found that female faces are judged to be more feminine and attractive when tilted forwards - slightly tipping their chins down - and less feminine when tilted backwards. The opposite was true for men.

"While the research provides important information about our evolution, the findings also offer some clues to help unravel the mysteries of mateship rituals in the 21st century," said Dr. Danielle Sulikowski in a press release.

Sulikowski conducted the study with her husband Dr. Darren Burke. It was sponsored by the University of Newcastle and Macquarie University in Australia.

"The next step is to determine if people use this effect in real-world mate-attraction scenarios," Sulikowski said.

The research used computer-generated, three-dimensional models of male and female faces. Participants rated attractiveness and masculinity and femininity of the faces in five positions ranging from tilted up to tilted down.