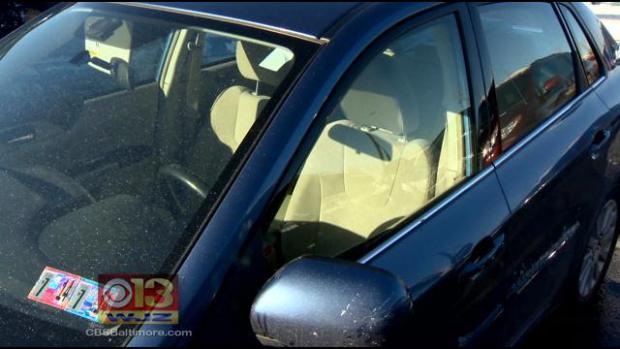 BALTIMORE - A new study reveals an alarming number of parents admit to leaving their small children alone in the backseat of cars, reports CBS Baltimore.

According to the study done by Public Opinion Strategies of Wash., D.C., 14 percent of parents surveyed admit to leaving their 5-year-olds in the car alone. What's more, 23 percent of parents with kids under three say they've done it, too.

Detectives say it's a problem that occurs in all seasons -- and, they say, parents are doing it on purpose.

"Many parents think I could just run in, leave my air conditioning on, they'll be OK. Never ever should you do this," Ragina Cooper Averella, AAA Mid-Atlantic spokesperson, told the station.

It's cause for concern as the weather heats up. Temperatures inside a car can rapidly soar way past 100 degrees.

"Children are left in the car and then die of heatstroke," Averella said.

Last year, 44 kids died of heatstroke in cars nationwide, according to CBS Baltimore. It is reportedly the leading cause of non-crash car deaths for children.

"It does take work to take them out, but it's worth it. Every time," said parent Sara Schueler.