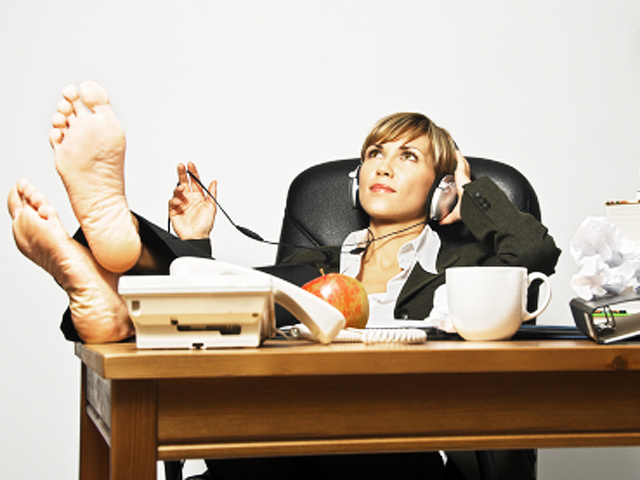 Power is the ability to get things done. You could say that management is the art of ensuring that things get done. Yet what's so striking about most organizations is that so little management is effective.

That's what academics Heike Bruch and the late Sumantra Ghoshal discovered when they investigated what they called "decisive purposeful action." Most companies, far from being hives of busy, effective executives, could instead be seen as "a few isolated islands of action amid an ocean of inaction," the researchers found. Does this ring any bells? It certainly reminded me of many places I've worked -- and run -- where a small number of people always seemed to be doing the majority of work that mattered.

Bruch and Ghoshal's study quantified my impression. "What we found in our research surprised us," the authors write. "Only about 10 percent of the managers took purposeful action." The remainder were busy, just not very effective: 40 percent were energetic but unfocused; 30 percent had low energy, little focus and tended to procrastinate; and 10% were focused, but not very energetic.

No wonder most businesses are so unproductive. What all of this suggests (and there's plenty of other supporting evidence), is that we waste most of the human resources we hire. The people around us are either unfocused (they don't know how to use their energy), uninspired (they've lost their energy), or distant (they'd rather think than do.) Leadership is about galvanizing this potential and getting it to move effectively in the right direction.

The 40 percent who are energetic but unfocused are the ones you have to work on. They want to do useful work and are up for a challenge. They just don't know where to start or how to prioritize. When you have a coherent strategy, you give this energy meaningful direction. Unfocused energy is rarely the fault of the individual. Rather, it's an indication that your strategy isn't sufficiently understood or being translated into goals.

The 30 percent who have low energy and little focus are tough nuts to crack. Did they start well and just run out of steam? Are they in the wrong jobs or the wrong company? There's a high likelihood they started out in the energetic 40 percent cohort but became disillusioned and disengaged by their inability to have an impact. Your best hope is that galvanizing the 40 percent creates enough draw within the organization that the best of these get swept along.

I don't really worry about the focused but less effective 10 percent. In my experience, focus is always valuable, even if it's slow. In most companies, everyone knows who fits into which category. You probably know, too. The question is: What are you going to do about them?