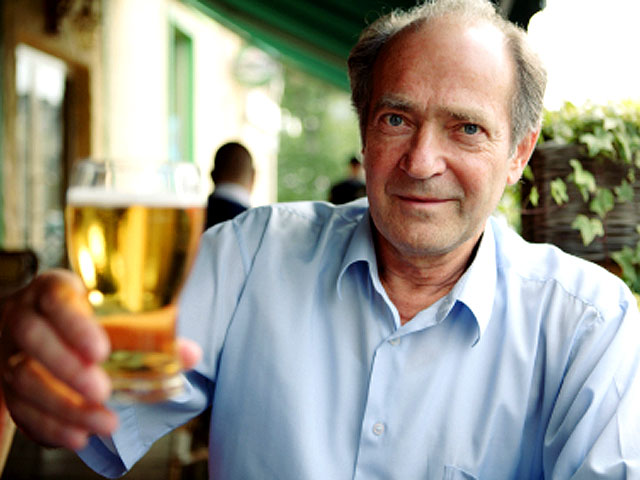 (CBS New) Men who suffer a heart attack might help their recovery odds by having a couple beers. A new study shows after suffering a first heart attack, men who are moderate drinkers are much less likely to die compared to non-drinkers.

For the study, Harvard researchers looked at almost 2,000 American men who had a heart attack between 1986 and 2006. The researchers followed up with the men for up to a 20 years following their first heart attack, and 468 men died during the study. Men who drank two alcoholic drinks each day over a long period of time were 42 percent less likely to die from heart disease, and 14 percent less likely to die from any cause, the researchers found. The effect remained after factoring out other risk factors including smoking, obesity, age and medical history.

"We also found that among men who consumed moderate amounts of alcohol prior to a heart attack, those who continued to consume alcohol 'in moderation' afterwards also had better long term prognosis," study author Dr. Jennifer Pai, assistant professor of medicine at Harvard Medical School, said in a written statement. The study is published in the March 28 issue of the European Heart Journal.

How much booze are we talking? Pai said a standard portion in the study was a 4-ounce glass of wine, a bottle or can of beer, or a shot of spirits. Those who drank the equivalent of two of these each day were considered moderate drinkers.

But drinking more won't increase alcohol's protective benefits, the researchers found. People who drank the most had a death risk that was about the same as non-drinkers.

"Studies have shown that any benefits from light drinking are entirely eliminated after episodes of binge drinking," Pai said. "Our results, showing the greatest benefit among moderate drinkers and a suggestion of excess mortality among men who consumed more than two drinks a day after a heart attack, emphasize the importance of alcohol in moderation."

According to the CDC, drinking too much alcohol is tied to neurological problems like dementia and stroke, heart problems, mental health problems, and cancer of the mouth, throat, esophagus, liver, colon and breast - not to mention the social and economic toll it could take on people and their families.

Previous research suggests moderate alcohol consumption lowers risk of dying from heart disease among healthy people, but this is the first study to measure alcohol drinking before and after a heart attack, the researchers said.

Pai said men who have already been drinking moderate amounts of alcohol can carry on with their drinking following a heart attack, but to discuss it with their doctor first.

Other experts weren't ready to dole out drinking advice.

"The public should realize that an association is not a cause," Dr. Stephen Green, chief of cardiology at North Shore University Hospital in Manhasset, N.Y, told HealthDay. "In other words, this study demonstrates an association, but does not prove that moderate consumption of alcohol is 'good' for people after [heart attack]."

The CDC has more on alcohol and your health.