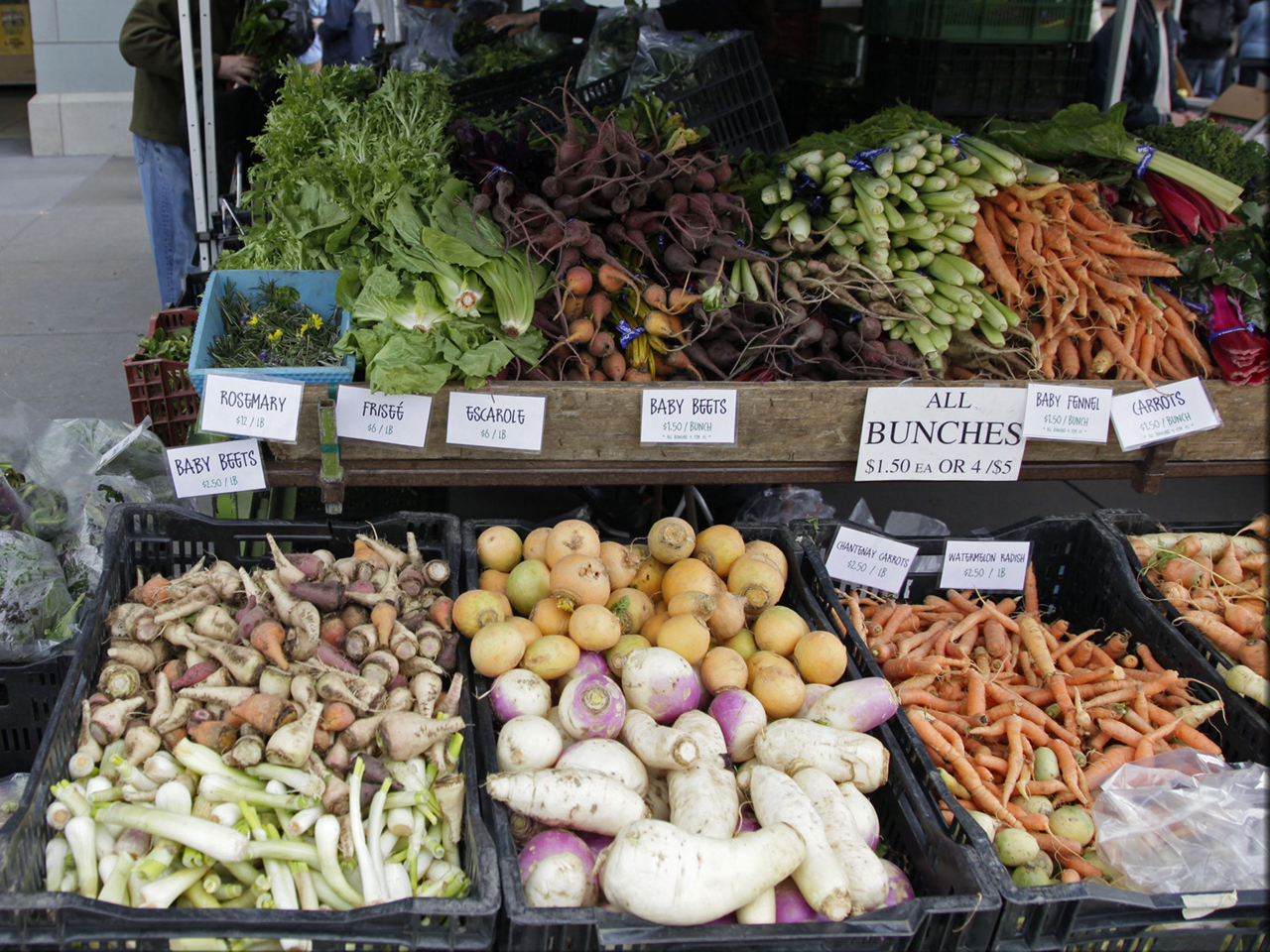 SEATTLE - A healthy diet is expensive and could make it difficult for Americans to meet new U.S. nutritional guidelines, according to a study published Thursday that says the government should do more to help consumers eat healthier.

A 2010 update of what used to be known as the food pyramid called on Americans to eat more foods containing potassium, dietary fiber, vitamin D and calcium. But if they did that, the journal Health Affairs said, they would add hundreds more dollars to their annual grocery bill.

Inexpensive ways to add these nutrients to a person's diet include potatoes and beans for potassium and dietary fiber. But the study found introducing more potassium in a diet is likely to add $380 per year to the average consumer's food costs, said lead researcher Pablo Monsivais, an assistant professor in the Department of Epidemiology and the School of Public Health at the University of Washington.

"We know more than ever about the science of nutrition, and yet we have not yet been able to move the needle on healthful eating," he said. The government should provide help for meeting the nutritional guidelines in an affordable way.

He criticized some of the marketing for a healthy diet — for example, the image of a plate of salmon, leafy greens and maybe some rice pilaf — and said a meal like that is not affordable for many Americans.

Food-assistance programs are helping people make healthier choices by providing coupons to buy fruits and vegetables, Monsivais said, but some also put stumbling blocks in front of the poor.

He mentioned, as an example, a Washington state policy making it difficult to buy potatoes with food assistance coupons for women with children, even though potatoes are one of the least expensive ways to add potassium to a diet.

The study was based on a random telephone survey of about 2,000 adults in King County, Wash., followed by a printed questionnaire that was returned by about 1,300 people. They note what food they ate, which was analyzed for nutrient content and estimated cost.

People who spend the most on food tend to get the closest to meeting the federal guidelines for potassium, dietary fiber, vitamin D and calcium, the study found. Those who spend the least have the lowest intakes of the four recommended nutrients and the highest consumption of saturated fat and added sugar.

Hilary Seligman, assistant professor of medicine at the University of California, San Francisco, said Monsivais' research is an interesting addition to the debate about healthy eating and food insecurity, her area of expertise.

A lot of people assume the poor eat cheap food because it tastes good, but they would make better choices if they could afford to, said Seligman, who was not involved in the Health Affairs study.

"Almost 15 percent of households in America say they don't have enough money to eat the way they want to eat," Seligman said. Recent estimates show 49 million Americans make food decisions based on cost, she added.

"Right now, a huge chunk of America just isn't able to adhere to these guidelines," she said.

But Monsivais may have oversimplified the problem, according to another professor who does research in this area. Parke Wilde, associated professor at the Friedman School of Nutrition Science and Policy at Tufts University, said it's not expensive to get all the nutrients a body needs to meet the federal guidelines.

What is expensive, in Wilde's opinion, are the choices Americans while getting those nutrients.

He said diets get more and more expensive depending on how many rules a person applies to himself, such as eating organic or seeking local sources for food or eating vegetables out of season.

Seligman said her list can get longer than Wilde's, but not everything is a choice. Adding to the cost of buying healthful food could be how far away from home a person needs to travel to get to a grocery store that sells a variety of fresh fruits and vegetables.