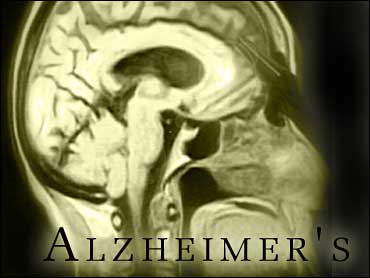 A huge international study has identified a gene that apparently can raise the risk of developing the most common form of Alzheimer's disease, a discovery that may help scientists develop new treatments.

Scientists analyzed DNA from more than 6,000 people from a variety of ethnic groups and found evidence implicating certain versions of the gene, called SORL1.

It's too soon to tell how much those gene versions raise the risk of getting Alzheimer's, or what percentage of cases they account for, the researchers said. They said the effect on risk appears to be modest.

Still, if the finding is confirmed by other scientists, it would be "a very substantial step forward in our understanding of the genetics of Alzheimer's disease," said one expert not involved in the work, Jonathan Haines of Vanderbilt University.

By shedding light on the biology of the illness, the discovery could help lead scientists to find new treatments, he and other experts said.

Up to 4.5 million Americans are estimated to have Alzheimer's, which gradually destroys memory and other mental abilities. No cure has been found.

The study, released Sunday on the Web site of the journal Nature Genetics, focused on Alzheimer's that appears after age 65, the most common type.

Only one gene, called APOE, has been firmly linked to raising susceptibility to the common form. A Harvard-based group lists about 20 other genes it considers promising candidates, based on research. Some authors of the new paper said they believe the evidence for SORL1 is unusually strong.

Experts familiar with the new work said SORL1 probably is involved in Alzheimer's, but cautioned that it will be important for other scientists to confirm that. "People will jump on it pretty fast," said Rudy Tanzi of Harvard Medical School.

Gerard Schellenberg of the University of Washington said the paper's evidence is "pretty solid, so I'm optimistic that it will be replicated."

Dr. Sam Gandy, a researcher who chairs the medical and scientific advisory council of the Alzheimer's Association, which helped finance the new study, said that he doubted SORL1 or any other gene plays as big a role in causing the disease as APOE does.

The new work was reported by Dr. Peter St. George-Hyslop of the University of Toronto, Lindsay Farrer of Boston University, Dr. Richard Mayeux of the Columbia University in New York, and others in the U.S., Germany, Israel and Japan.

The new paper implicates SORL1 in Alzheimer's in two ways. First, it shows that inheriting certain variants was associated with developing the disease in seven out of nine samples of people examined. The association appeared in African-American, Caribbean Hispanic, northern European and Israeli Arab groups.

In laboratory studies, researchers also found that when they suppressed the activity of SORL1, cells made greater amounts of amyloid beta, a substance thought to play a key role in causing Alzheimer's. Researchers believe the disease-promoting variants of SORL1 act by suppressing the gene's activity.