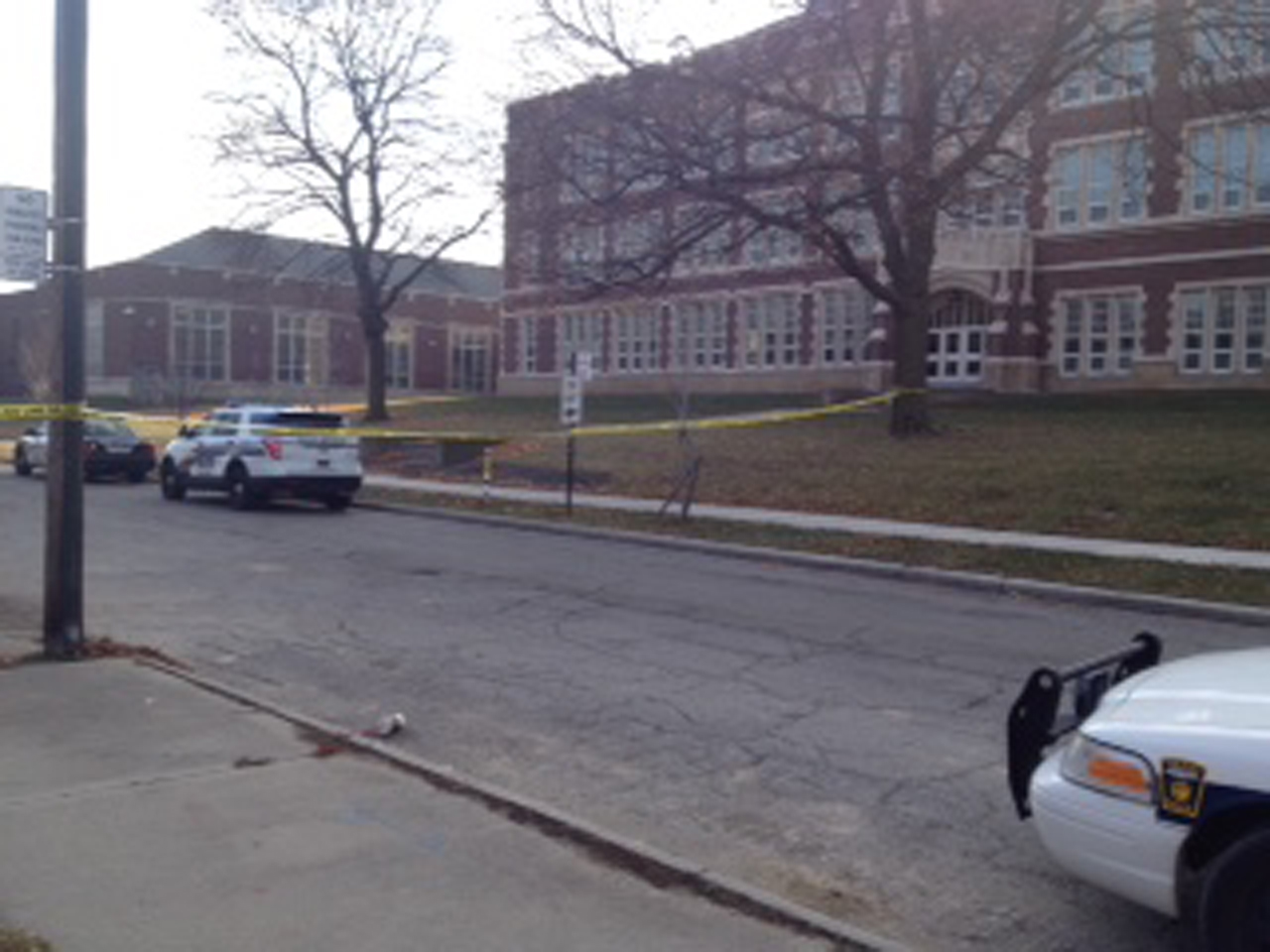 TOLEDO, Ohio - A 14-year-old student flashed a pellet gun inside an Ohio high school, setting off a lockdown and short standoff Monday in a hallway before he was taken into custody, police and a witness said. No one was hurt.

The student, whose name wasn't released, had been kicked out of class and sent to a room for students serving in-school suspensions, where he told a school police officer that he had a gun and pulled it partly out his book bag, said Kayla Williams, a student in the room.

"We ran out screaming," said Williams, who was standing just feet away from the boy.

The pellet gun looked like a real handgun, Toledo police spokesman Lt. Mark King said. The teen was taken into custody after he was isolated in a hallway and officers fired a bean bag round at his feet.

Negotiators talked to the boy during the standoff, but officials said he didn't give a reason for bringing the pellet gun to Scott High School, which is just outside downtown Toledo.

The boy was holding the gun but never pointed it at police during the standoff, King said

Williams, 16, said the boy was yelling and cursing when he came into the room for students who are serving short-term suspensions for breaking school rules.

A teacher suggested the boy leave school and come back tomorrow, but he refused, she said. The school's principal also came in and told the boy to leave before she called for a police officer, Williams said.

"He kept saying he wasn't leaving," she said.

The teen told the officer he had a gun and started to pull it out before shoving it back in his bag, Williams said. "It looked real," she said.

A woman outside the school, Lorraine Foster of Toledo, said the teen is her nephew. She was there with the boy's mother, who was talking to police.

"That's just not him," said Foster, who didn't give the boy's name. "I don't know what happened."

She said she saw him about a month ago and that he was talking about playing football.

Scott High School has about 600 students. The school has armed officers, but no metal detectors.