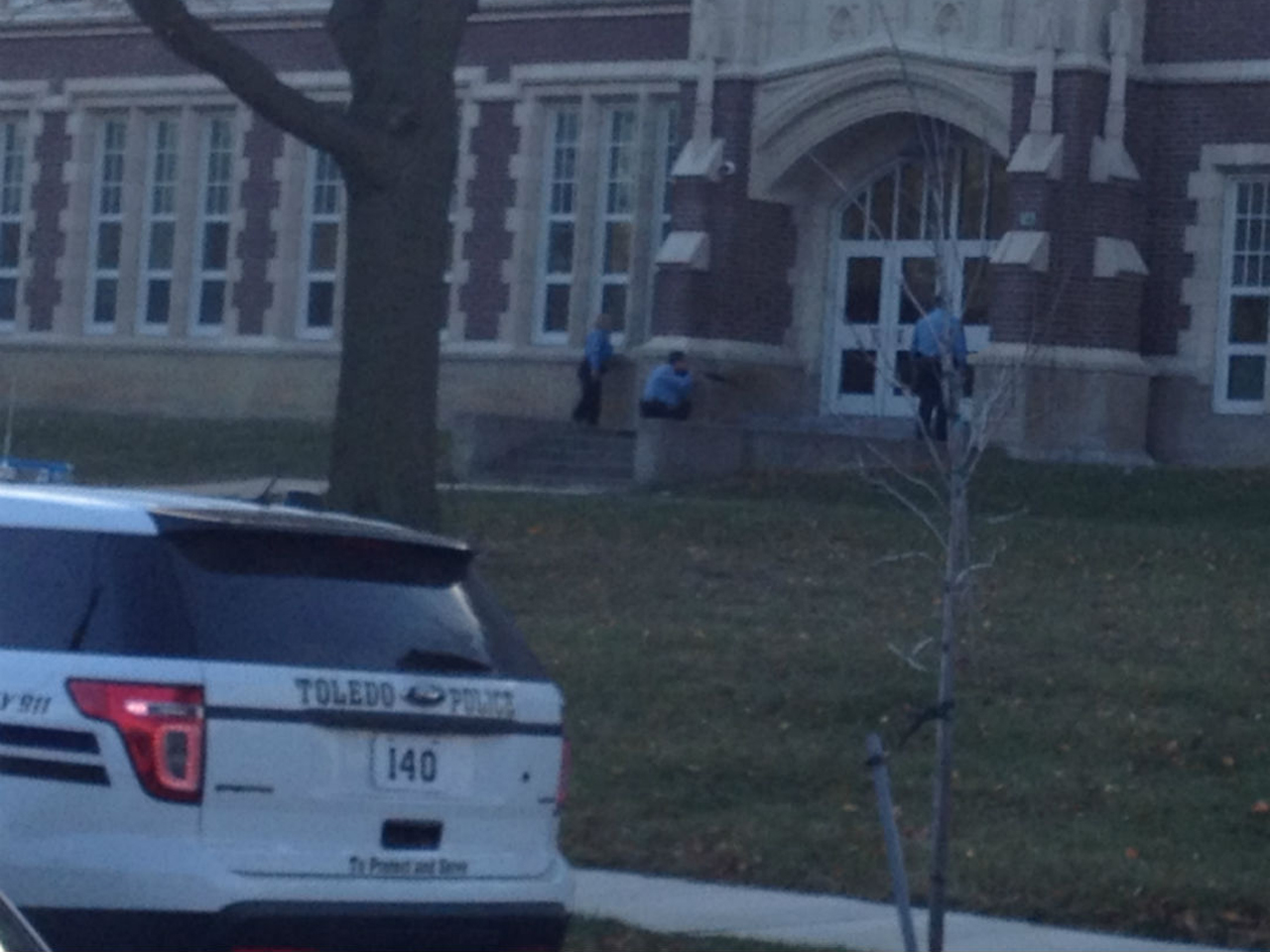 UPDATED Mon. Dec. 2 1:00 p.m.
TOLEDO, Ohio - Police responding to reports of a student with a gun say they have taken a 14-year-old boy into custody after isolating him inside a Toledo high school.

Police say no gunshots were fired and no one has been hurt. Officers isolated the boy in a hallway. Police say they saw what appeared to be the handle of a handgun. According to CBS affiliate WTOL, the student had a pellet gun.

The station reports that before the boy was taken taken into custody, police shot him in the foot with a bean bag.

Students were evacuated and the boy is not believed to have threatened anyone.

Toledo police posted on Twitter that the boy was in custody late Monday morning.