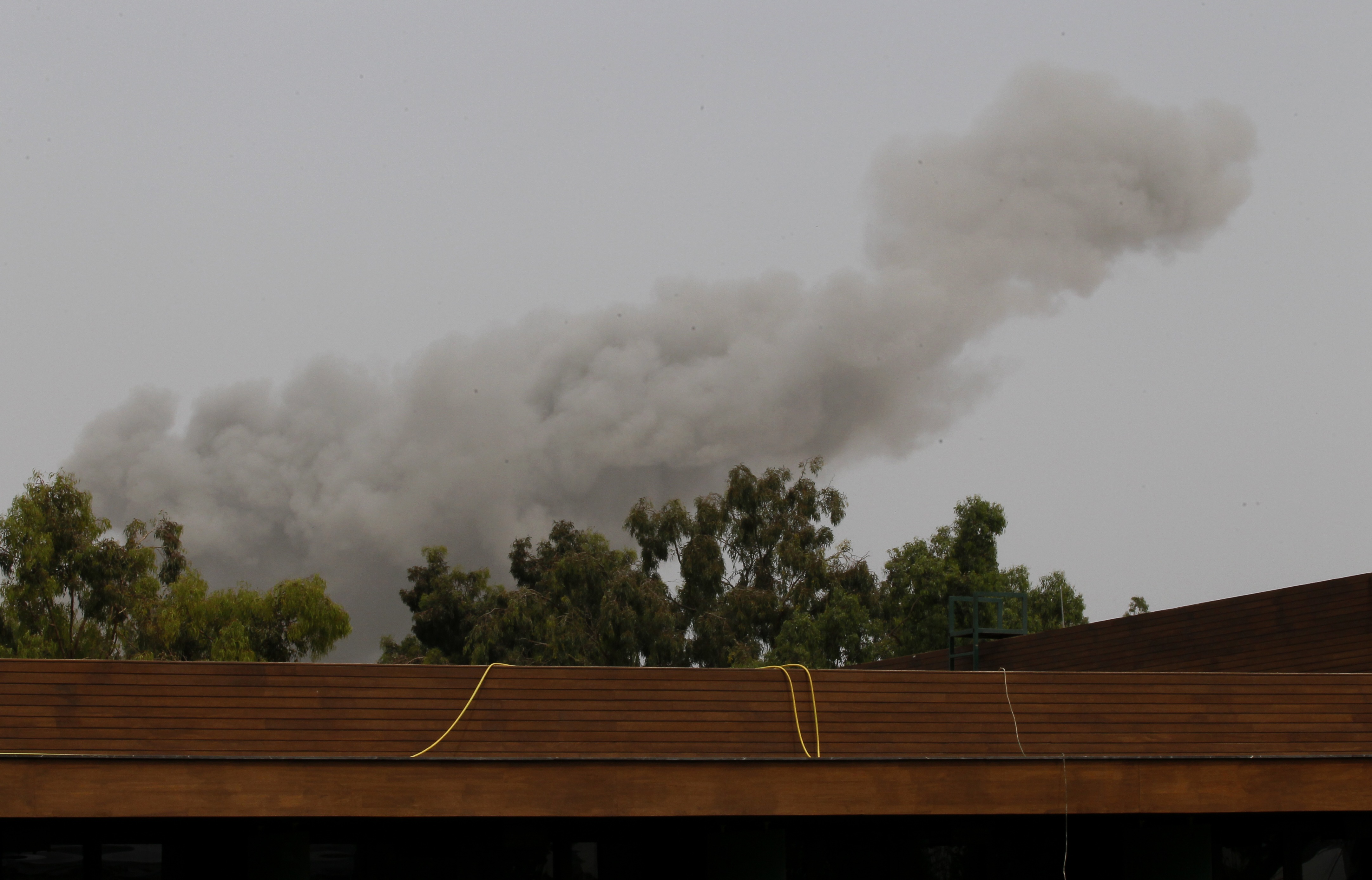 TRIPOLI - The strain of having to run a regime besieged by almost hourly airstrikes and a local rebellion is taking not only a physical toll on senior officials here, but a psychological one as well.

"I think the only thing we can do is commit suicide because they don't want to open the door for diplomacy," said Khaled Kaim, Libya's Deputy Foreign Minister, as he led a group of journalists around a government building reduced to rubble by NATO bombs.

While Kaim's comment was tongue-in-cheek, it's still a departure from the party line - namely, that the only answer when asked about how to resolve the civil war here is that the Qaddafi regime will never surrender.

"What do they want from us?" Kaim asked. "Have a Libya free of the Libyans?"

Just one Libyan, according to NATO: Muammar Gaddafi.

Qaddafi refuses to give in

"Qaddafi needs to step down for the sake of his own people," President Obama said this week, echoing the leaders of NATO who have repeatedly said they will stay in Libya "for as long as necessary" and will commit the "necessary means" to overthrow Libya's leader of the past 41 years.

Kaim said NATO and the rebels goal had fallen short in Benghazi, the capital of the rebellion.

"In Benghazi, there is no schooling, no court system, no police forces, there is nothing," he said. "And they think that they are protecting civilians."

While Benghazi has problems of its own, rebels there were recently accused by Human Rights Watch of torturing a Qaddafi loyalist and holding others without due process.

The city is functioning. Volunteers have started workshops for schoolchildren, who have classes in the morning and help with chores around the city in the afternoon. Courts are in session, and police patrol the streets.

Just not police loyal to Qaddafi.

It's enough to make a Qaddafi loyalist consider any way out possible.