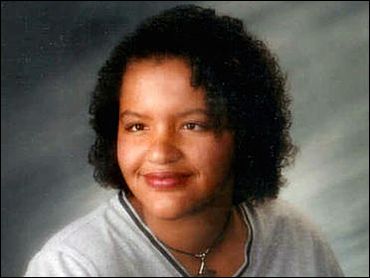 Jessica Kate Williams, 22, belonged to the same "street family" as those arrested Tuesday, police said. Williams was killed because she violated the family's code, Portland police spokesman Sgt. Brian Schmautz said. He declined to give specifics.

A friend of Williams said Wednesday that she was killed because she falsely told police that another member of her street family had tried to make her into a prostitute.

"Jessica was labeled as a liar and a snitch," said Jeff Cameron, 19.

A 12th person, a 17-year-old boy, was charged Wednesday with aggravated murder. He remained at large.

A train engineer found Williams' body beside the railroad tracks at the Steel Bridge on May 23. She had been stabbed and bludgeoned to death, an autopsy concluded.

Williams was born with fetal alcohol syndrome and had the mental capacity of a 12-year-old, her family said. Her 18-year-old sister, Noel Williams, told The Oregonian that she was "a big teddy bear, the sweetest, most kind person."

Although she had a home, Williams occasionally spent nights at a shelter for homeless youths. In the week before her death, Williams had reportedly lived beneath the bridge.

Long-term homeless youths generally join so-called street families for mutual support. Schmautz said the families even have a "mother" and a "father," although members generally have no biological ties.