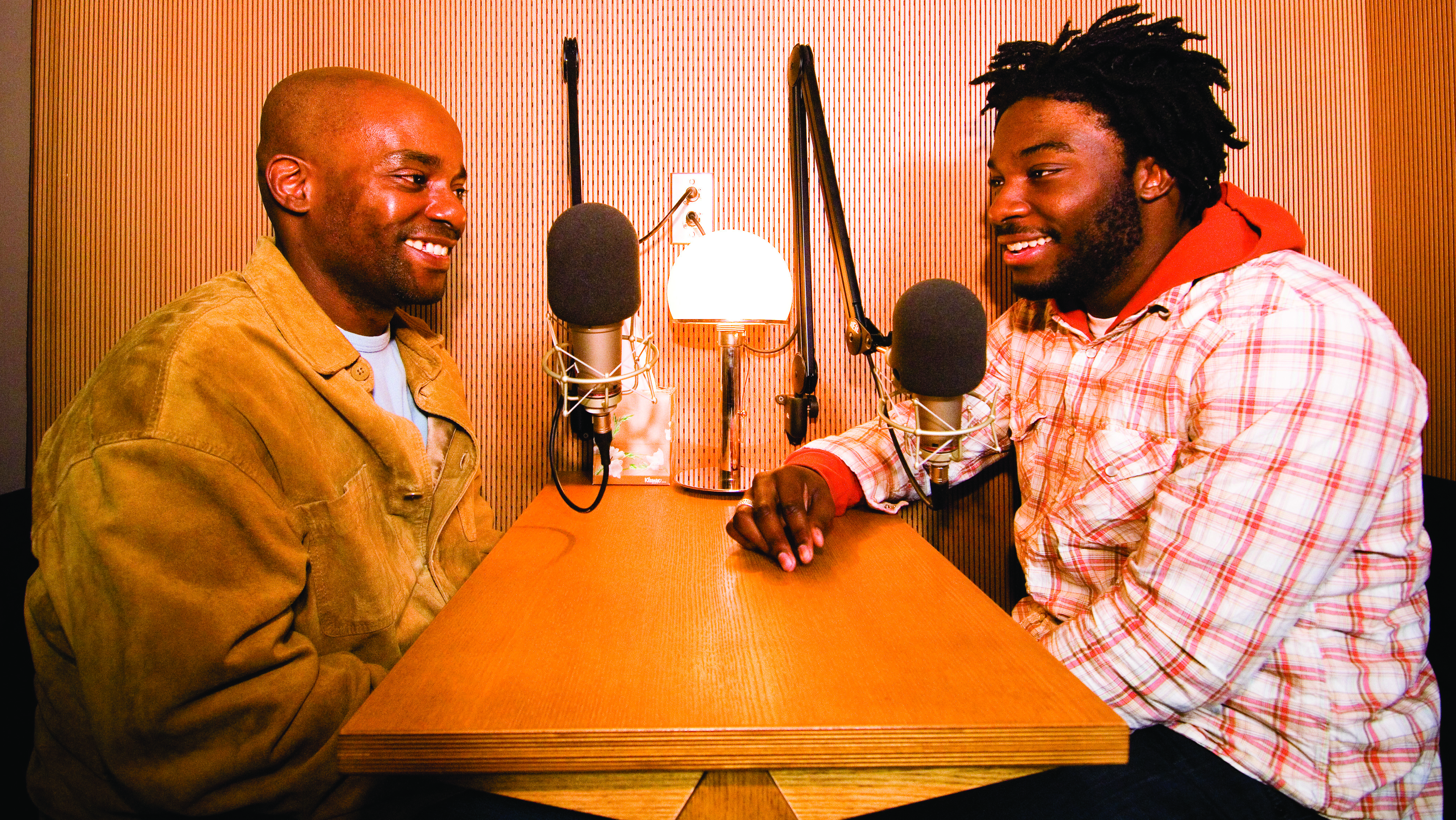 This year, a project known as StoryCorps is celebrating its 10th anniversary. It is the largest known collection of oral histories in the world and operates with one mission - to preserve the stories of our lives.

In the celebrity-soaked age of tabloids and Twitter and selfies, StoryCorps works to share the lives of everyday people. The concept is to bring two people together to speak and record them.

This very simple idea has documented more than 50,000 stories of American life, and stored them for generations to come.

Dane Holmes brought his father, Jonas Holmes, to the StoryCorps booth in New York City to leave his children a legacy of his family.

Dane is on the project's board of directors, yet his father was reluctant to come.“My dad is the master of the, 'Oh, you touched on something emotional, let me turn it into a joke, let me redirect the conversation this way,”' he said. “Whatever it is, right, he'll find a way out of it, and I just knew if I put him in this room - there's something about knowing the seriousness of it, the ceremony of the place.”

For 40 minutes, the pair sat alongside a facilitator and began their recording with no cameras allowed. They spoke in a way they never had before and left with a copy of their recording.

Another copy will be sent to the Library of Congress in Washington, D.C. and a third to the Smithsonian National Museum of African American history and Culture.

Their story will be added to the more than 50,000 interviews that make up the StoryCorps archive.

“Being listened to reminds people that they matter and won't be forgotten,” said StoryCorps Founder Dave Isay. He is a former radio producer; he created the nonprofit with one idea in mind: to give people a chance to be heard.

“The microphone lets you talk about things, lets you tell people who you're sitting with how much you love them - both by listening to them and actually by using that opportunity to tell them what they mean to you,” said Isay. “And that happens every day, over and over again in StoryCorps booths.”

With the blessing of each participant, they've created animated shorts that air on PBS.

One story of love and loss between Annie Perasa and her husband has grown to become one of the projects most iconic recordings. They were among the first StoryCorps participants.

“We were just being ourselves,” said Perasa. “We looked at each other in the eye and he said, ‘Should we talk about how we first met?’ And I said, ‘Why not - Let's go for it,’ and we did.”

When her husband became ill just three years later, the pair decided to do another recording. Perasa told CBS News’ Elaine Quijano it was both of their decisions go into the booth again. “He wanted to leave something for people to understand that if you die, you leave a little something of yourself behind,” she said. “You shouldn't cry. You be happy, because you've had your time together and we had our time together.”

In that final interview, her husband spoke about the love letters he wrote for Perasa each day.

After he passed away, Storycorps listeners began sending letters to Perasa. She reads one every day in place of a letter from her husband.

“It was a way for us not to let go, but to keep a history of what happened between the two of us,” said Perasa. “And now because of StoryCorps, it is a history.”

StoryCorps has booths in Atlanta, San Francisco and Chicago, along with a mobile booth that travels around the country. It has also created nearly 10 different initiatives that help ensure a diverse collection of stories can be told, and archived.