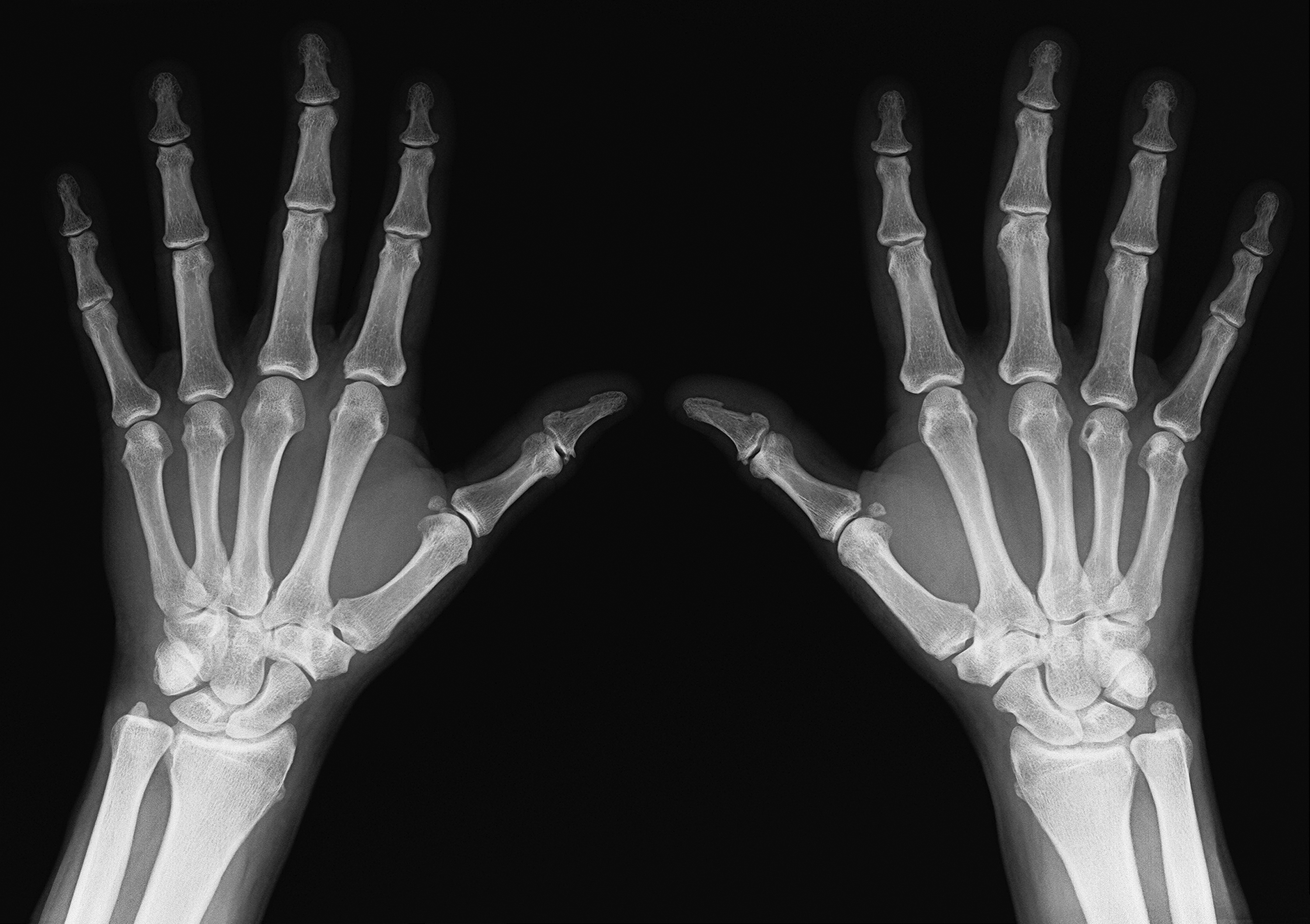 Researchers working with mice believe there's hope for patients with a rare genetic disorder that turns their muscle into bone, in essence immobilizing them in an extra skeleton.

Called "stone man syndrome," this lethal disorder appears to be caused by mutations in a gene called ACVR1 that controls bone and muscle development, researchers report Sept. 2 in the journal Science Translational Medicine.

The mutations are thought to push the gene into overdrive when it's exposed to activin A, a signaling protein that normally inhibits the gene's function, said senior author Aris Economides, executive director at Regeneron Pharmaceuticals Inc., a biopharmaceutical company based in Tarrytown, N.Y.

"Imagine you are driving your car down the road and you come to a red light. You press on the brakes, and the car stops," Economides said. With this disorder, he said, "not only does your car not stop, actually the brakes are hot-wired to the accelerator."

Armed with that knowledge, researchers at Regeneron developed an antibody that blocks activin A from triggering the gene. The antibody successfully arrested bone formation in lab mice that had been genetically engineered to carry the disease mutation, they report.

"We are very fortunate and grateful that not only did Regeneron make this basic science discovery, but that, as a biotechnology company with expertise in developing antibodies, they are in a position to act on it and answer the next questions about whether this could lead to a meaningful therapy," she said.

Fibrodysplasia ossificans progressiva affects only one in every 2 million people worldwide, according to the U.S. National Institutes of Health (NIH).

The International FOP Association says there are 800 confirmed cases across the globe, 285 of them in the United States. However, it is suspected that more people have the disease but have not been located, Bogard said.

Children with fibrodysplasia ossificans progressiva typically are born with malformed big toes. Growth of excess bone usually starts in the neck and shoulders, proceeding down the body and into the limbs, according to the NIH.

These patients may be unable to fully open their mouths, causing difficulty speaking and eating. They also may have trouble breathing properly because of excess bone growth around the rib cage. And as their joints fuse, they become less and less mobile.

Up to now, the only treatment for fibrodysplasia ossificans progressiva has been the steroid drug prednisone, which is used to help manage pain, Bogard said.

"It's not proven to do anything. It just helps them feel better through the pain of a flare-up," she said. "There's nothing else that people can do. This disease is on a march through their bodies, and it's not going to stop."

The newly developed antibody arrested bone formation in lab mice for up to six weeks, and did not have any "untoward, obvious side effects" in adult mice, Economides said.

Activin A is often secreted by the immune system in response to injury and inflammation, researchers said, which may help explain why bone growth in patients with fibrodysplasia ossificans progressiva is often triggered by tissue swelling or inflammation.

Economides could not say when the antibody would be ready for testing in humans. His company is currently performing preclinical safety testing.

Also, while the research looks promising in mice, results of animal studies often fail to be replicated in humans.

What to know about "rebound" in COVID symptoms after taking Paxlovid
Thanks for reading CBS NEWS.
Create your free account or log in
for more features.
View CBS News In
CBS News App Open
Chrome Safari Continue
Be the first to know
Get browser notifications for breaking news, live events, and exclusive reporting.