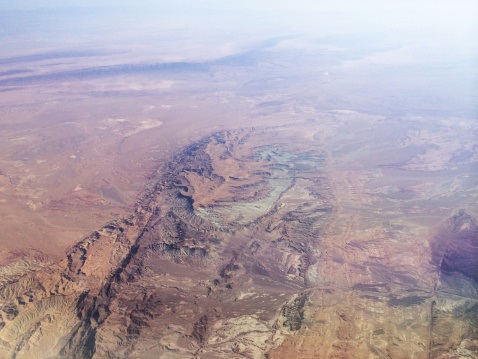 BERLIN - Scientists say a previously unknown group of Stone Age farmers may have introduced agriculture to South Asia, challenging earlier theories that attributed the spread of farming to a different population.

Previous research held that a single group of hunter-gatherers developed agriculture in the Middle East some 10,000 years ago and then migrated to Europe, Asia and Africa, where they gradually replaced or mixed with the local population.

But scientists who analyzed ancient human remains found in the Zagros mountains of present-day Iran say they belonged to a completely separate people who appear to have taken up farming around the same time as their cousins further west in Anatolia, now Turkey.

"There was this idea that there'd been one group of genius inventors who developed agriculture," said Joachim Burger, one of the authors of the study published online Thursday in the journal Science. "Now we can see there were genetically diverse groups."

Scientists from Europe, the United States and Iran who examined the DNA of 9,000 to 10,000-year-old bone fragments discovered in a cave near Eslamabad, 600 kilometers (370 miles) southwest of the Iranian capital of Tehran, found they belonged to a man with black hair, brown eyes and dark skin.

Intriguingly, the man's diet included cereals, a sign that he had learned how to cultivate crops, said Fereidoun Biglari of National Museum of Iran, who was also involved in the study.

Along with three other ancient genomes from the Zagros mountains, researchers were able to piece together a picture of a population whose closest modern relatives can be found in Afghanistan and Pakistan, and among members of Iran's Zoroastrian religious community, said Biglari.

The Zagros people had very different genes than modern Europeans or their crop-planting ancestors in western Anatolia and Greece, said Burger, an anthropologist and population geneticist at Johannes Gutenberg University in Mainz, Germany.

He said the study's authors calculated that the two populations likely split at least 50,000 years ago, shortly after humans first ventured out of Africa.

Burger said even though the two ancient farming populations didn't mix, it's probable that they knew of - and even learned from - each other, given that the development of agriculture is highly complex and therefore unlikely to have spontaneously occurred twice around the same time.

"You have to build houses, clear forests, cultivate several plants and ensure a plentiful supply of water. You also have to domesticate several animals, be able to grind flour, bake bread," said Burger. "This is a huge process that takes several thousand years."

Burger said the findings could help shed light on important developments in human history that have been neglected due to researchers' long habit of focusing on ancient migratory movements into Europe.