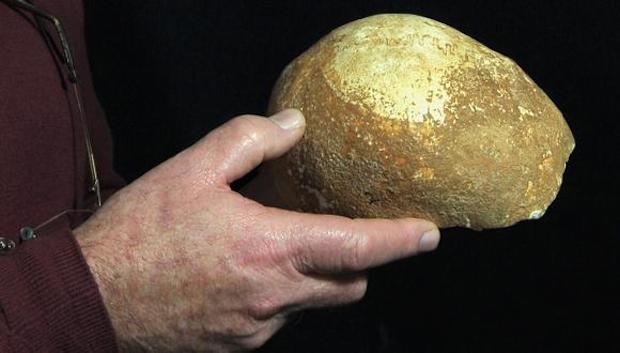 Anthropologists have long debated how early Europeans and Asians left Africa, with some arguing for a southern route via Ethiopia and others pushing a northern path through Egypt.

Now, a study in the American Journal of Human Genetics goes a ways to settling this debate and filling in some of the gaps surrounding early human migration.

By analyzing genetic data, Luca Pagani, of the Wellcome Trust Sanger Institute and the University of Cambridge in the UK, determined that the preferred route this group of ancestors chose around 60,000 years ago was through Egypt and the Sinai. They would have used what is known as the Levantine corridor in the modern Middle East to reach Europe and West Asia.

"The most exciting consequence of our results is that we draw back the veil that has been hiding an episode in the history of all Eurasians, improving the understanding of billions of people of their evolutionary history," Pagani said. "It is exciting that, in our genomic era, the DNA of living people allows us to explore and understand events as ancient as 60,000 years ago."

Pagani and his team came to their conclusion after analyzing genetic information from six modern Northeast African populations - 100 Egyptians and five Ethiopian populations each represented by 25 people. After controlling for recent migrations, they found modern Egyptians were genetically more similar to non-Africans than were Ethiopians.

"In our research, we generated the first comprehensive set of unbiased genomic data from Northeast Africans and observed, after controlling for recent migrations, a higher genetic similarity between Egyptians and Eurasians than between Ethiopians and Eurasians," Pagani said. "This suggests that Egypt was most likely the last stop on the way out of Africa."

The researchers argued the Northern Route also jives with the recent discovery announced in January of an almost complete skull dating back 55,000 years that was found in the Manot Cave of Israel's Western Galilee. The skull, described in Nature in a study led by Tel Aviv University's Israel Hershkovitz for the first time provides direct anatomical evidence that fills the historic time gap of modern human migration into Europe.

Earlier research from the archeological record has suggested exodus from Africa started between 70,000 and 40,000 years ago. But in the past several years, genetic analyses have emerged that suggested early humans could have left as early as 130,000 years and one of their routes was through the Arabian Peninsula.

Rasmus Nielsen, a University of California, Berkeley professor of computational biology who was part of a different team that sequenced the genome of an Aborigine to determine that humans migrated out of Africa to Asia and Australia, said he wasn't convinced modern DNA could pinpoint which routes humans took out of the continent - since there has been such intermingling of these populations over time.

"It is a very difficult question they are trying to address," he told CBS News. "I'm perhaps less optimistic than the authors on the possibility of identifying specific migration routes using present populations. The reason that is so difficult is that people have moved around substantially over the past 50,000 years."

Researchers on the latest study were careful to say their work doesn't address all questions about early human migration out of Africa, including the exact timing and whether other groups such as those from Oceania used a southern route. Pagani also said there is a chance other paleo-Europeans used a southern route, but did not leave descendants.

"While our results do not address controversies about the timing and possible complexities of the expansion out of Africa, they paint a clear picture in which the main migration out of Africa followed a Northern, rather than a Southern route," said Toomas Kivisild, a senior author from the department of archaeology and anthropology at the University of Cambridge.

Pagani said they now plan to search for ancient DNA to answer the question on other paleo-Europeans and then head to Australia and Papua New Guinea to get samples from modern populations there to help address the Oceania question.