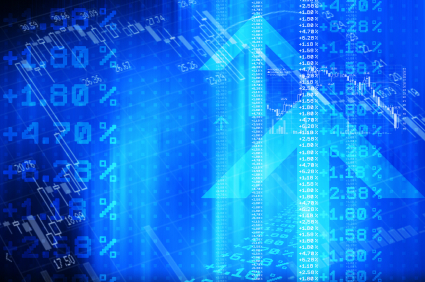 As the market opens this holiday-shortened week, U.S. stocks are within 0.9 percent of the all-time high reached back on Oct. 9, 2007. That's using the broadest measure of the market, the Wilshire 5000, and includes the gains from reinvested dividends. A broad index fund that follows a similar index, the Vanguard Total Stock Fund ETF (VTI), is within 1.6 percent of that record threshold. If you picked the market high to put $10,000 into this fund (and you didn't panic), you'd be down only $157, letting your dividends reinvest.

This measure of the market peak may surprise you. The most common barometer of the U.S. stock market is the S&P 500 index, which consists of only 500 large companies and which excludes the return from dividends. The S&P 500 index is down 13 percent from that all-time high. An even sillier index, theDow Jones Industrial Average, is down 8.6 percent from that October 2007 record, a time when many thought stocks would go up forever.

U.S. stocks bottomed out on March 9, 2009, when the Wilshire 5000 had declined 55.2 percent from the high. Many predicted it would be decades before stocks would rebound to a new high. The book, "The Great Depression Ahead: How to Prosper in the Crash Following the Greatest Boom in History," by investment adviser Harry Dent, was a best-seller back then. Cash and courage were in short supply.

Video: Half-off sale Stocks are on sale -- why so few buying?

When to expect a new market high

It's been 1,596 days since U.S. stocks hit their high. To date, that's four years, four months, and 12 days. From the chart below, you can see that stocks closed to within three percent of the new high three different times last year, getting the closest on April 29. After that, stocks fell sharply, and the high soon became a distant memory.

The new high could certainly be reached this week. Only time will tell. One certainty -- reports of the death of capitalism have been greatly exaggerated.