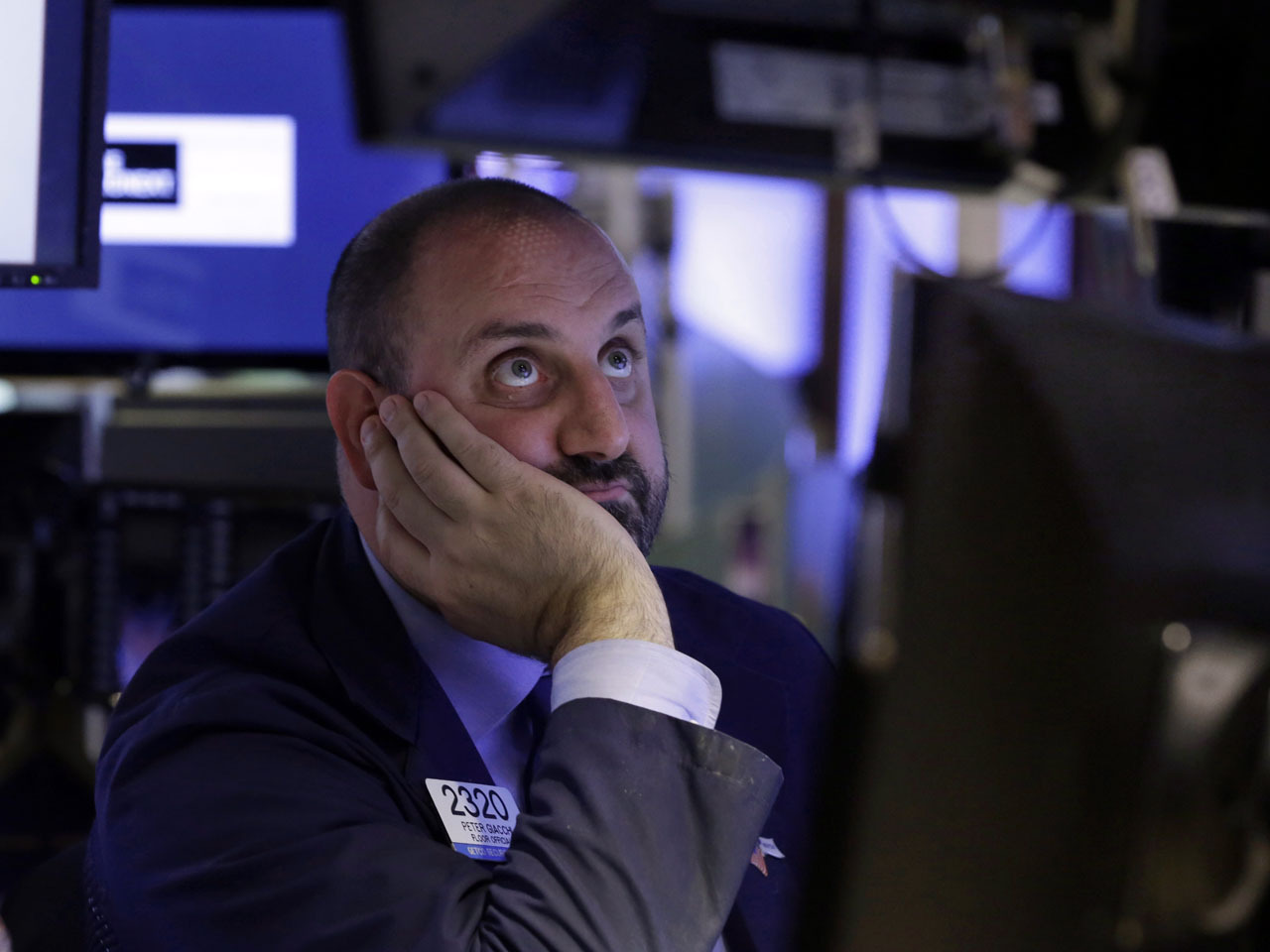 NEW YORK Warnings of weaker sales from two major companies and concern that the Federal Reserve could ease off its support for the economy sent the stock market spiraling lower Thursday.

Before the start of trading, Wal-Mart cut its estimates for annual revenue and profit, warning that cautious shoppers are spending less. The news followed a revenue forecast from Cisco Systems late Wednesday that was weaker than Wall Street expected.

More signs that the economy was slowly recovering appeared to weigh on the market. An improving economy raises the likelihood that the Fed will start backing off its monthly purchase of $85 billion in bonds. Many investors believe that the Fed's effort has underpinned the stock market.

"People are worried that this move up in interest rates will kill the recovery, and we won't see the anticipated second-half improvement in growth and corporate earnings," said Alec Young, global equity strategist at S&P Capital IQ.

"It seems like an overreaction today," said Randy Frederick, managing director of active trading and derivatives at the Schwab Center for Financial Research.

Frederick said many investors are speculating that the improving economy means the Fed will start pumping less money into the financial system in the coming months. If that results in lower bond prices and higher yields, it could lead more investors to dump dividend-paying stocks in favor of bonds.

"Some of the stocks getting hit hardest recently are big companies paying dividends," Frederick said. Utilities stocks are down 3 percent this week, for example, the worst of the S&P 500's industry groups.

The government said early Thursday that the number of Americans applying for unemployment benefits dropped to 320,000 last week. That's the lowest level since October 2007, two months before the start of the Great Recession.

Wal-Mart fell $1.94, or 2.5 percent, to $74.46 after the world's largest retailer cut its profit and revenue forecasts for 2013. It also reported second-quarter results that missed Wall Street's estimates.

Cisco Systems announced plans to cut 5 percent of its workforce, roughly 4,000 employees, as sales slow. CEO John Chambers called the global economy "challenging and inconsistent." Cisco plunged $1.98, or 7.5 percent, to $24.39. Cisco and Wal-Mart were among the biggest decliners in the Dow.

Cisco's announcement spurred selling in other technology stocks, as it's widely regarded as a bellwether for the entire industry. That's because the company sells a wide range of products to corporations and governments and its fiscal quarters end a month later than most major technology companies, which gives investors an early look into current conditions.

In the market for U.S. government bonds, the yield on the 10-year Treasury note jumped to 2.81 percent, the highest level since July 2011. The yield drifted back to 2.77 percent in the afternoon, still up from 2.71 percent late Wednesday.

Higher long-term interest rates hit real-estate stocks, because the yield on the 10-year U.S. government bond is a benchmark for interest rates on mortgage loans. A sharp increase in mortgage rates could cool demand for new houses and squelch a recovery in the housing market.