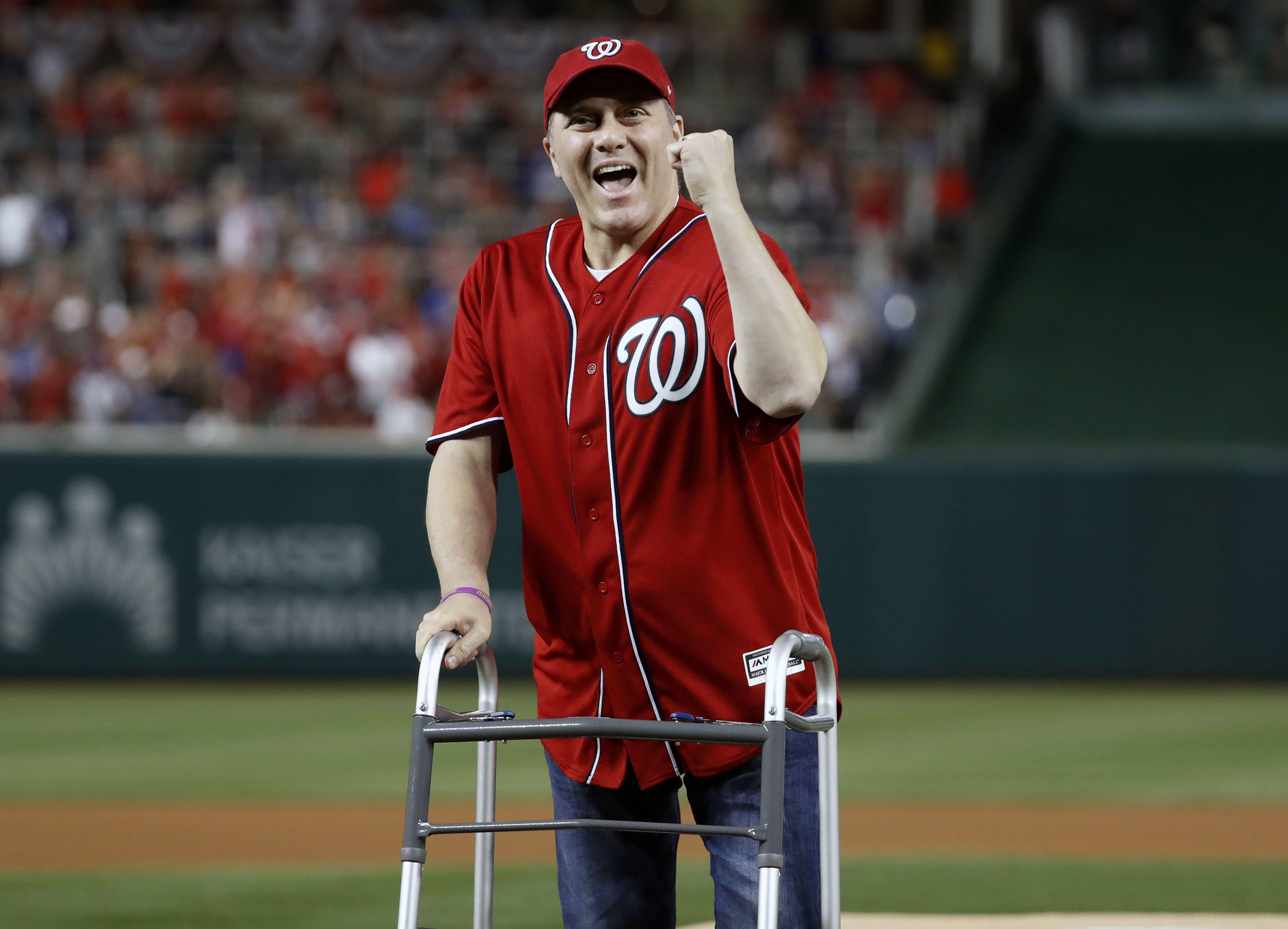 WASHINGTON -- House Majority Whip Steve Scalise threw out the ceremonial first pitch before Game 1 of the NL Division Series between the Washington Nationals and Chicago Cubs.

The Louisiana Republican made a triumphant return to the House last week - more than three months after he was wounded while practicing for an annual charity baseball game featuring members of Congress.

Scalise wore a red Nationals jersey Friday night with his name and No. 3 on the back. He threw to U.S. Capitol Police officer David Bailey while holding onto a walker stationed a few feet in front of the mound.

Scalise, Bailey and two others were wounded when a gunman opened fire at the practice. Zack Barth and Matt Mika, the other shooting victims, were honored after the pitch.

Scalise told 60 Minutes' Norah O'Donnell in an interview that aired earlier this week that his recovery a "miracle."

"You can see the progress. And it's something we've been trying to do for a long time and it's nice to finally be there," Scalise said.