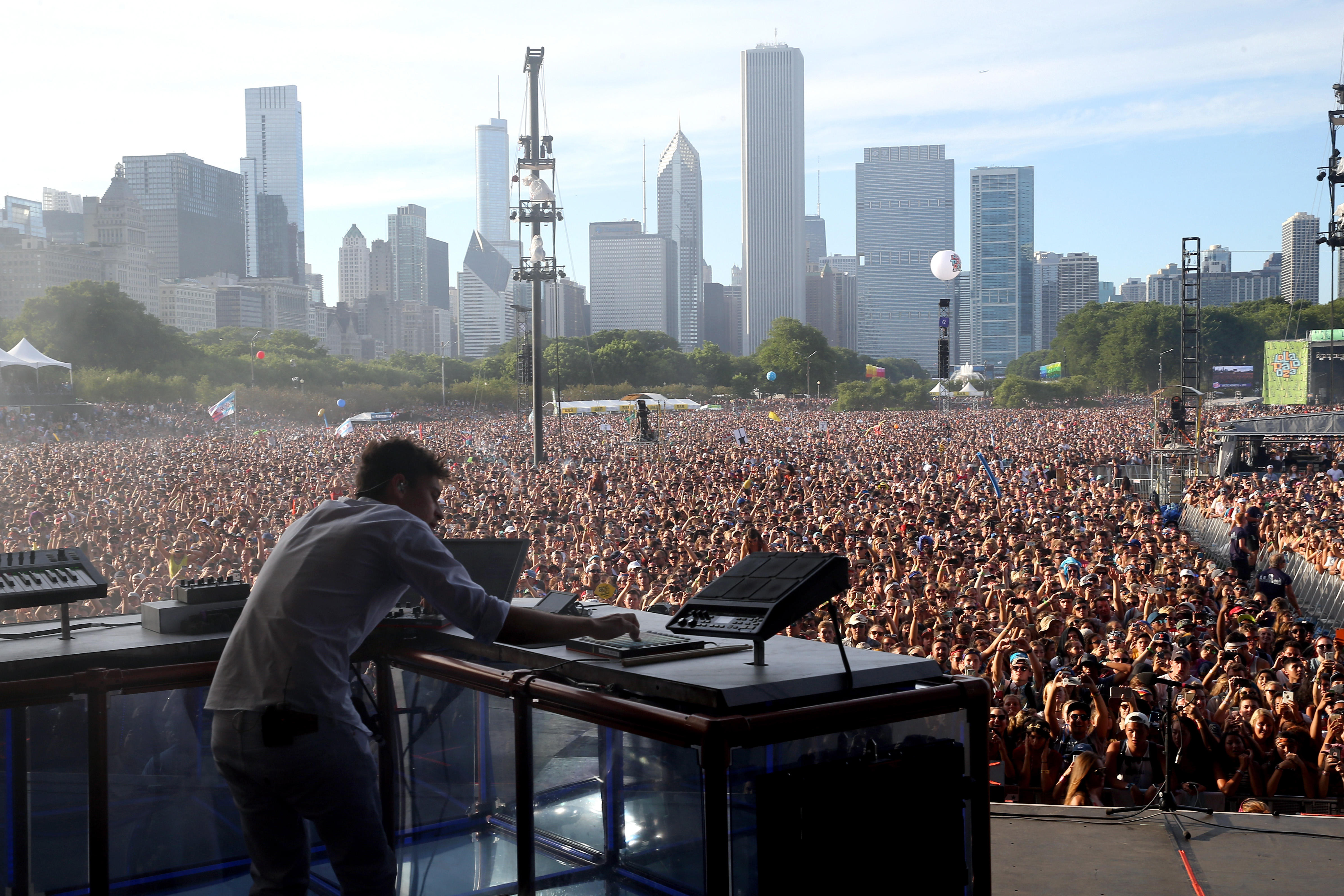 LAS VEGAS -- In the days and months before he mowed down concertgoers from his high-rise hotel suite, gunman Stephen Paddock rented rooms overlooking two other music festivals in Las Vegas and Chicago, authorities said.

They gave no details on what his intentions might have been.

The disclosures came as investigators struggled for a fourth day to explain what led the 64-year-old high-stakes gambler to open fire Sunday night on an open-air country music festival from the 32nd floor of the Mandalay Bay hotel and casino. He killed 58 people and injured nearly 500 before taking his own life.

Authorities have been trying to track Paddock's movements in the days and weeks before the deadliest mass shooting in modern U.S. history.

CBS News justice and homeland security correspondent Jeff Pegues reports that investigators are focusing on why, starting in October 2016, Paddock accumulated 33 weapons from gun stores in Nevada, California, Texas and Utah, and why his car contained ammunition, fertilizer and tannerite, which is a powerful explosive. Police are also looking for people who came in contact with Paddock before the shooting, including a woman reportedly seen with him at the Mandalay Bay casino.

In August, Paddock booked a room at Chicago's Blackstone Hotel that overlooked the Lollapalooza music festival, but he never checked in, Pegues reports. Lollapalooza draws hundreds of thousands of music fans every year to Grant Park.

A law enforcement official told The Associated Press no evidence has been found that Paddock ever went to Chicago that weekend. The official was not authorized to discuss the case publicly and spoke on condition of anonymity after being briefed on the investigation. Paddock's booking of the hotel room was first reported by TMZ.

Also, the weekend before the Las Vegas bloodbath, Paddock had rented a high-rise condo in a Las Vegas building that overlooked the Life is Beautiful alternative music festival, Sheriff Joseph Lombardo said Tuesday.

He offered no other details about what led Paddock there. The music festival featured Chance the Rapper, Muse, Lorde and Blink-182.

Investigators are looking to see if Paddock checked in or sought to book rooms in other hotels across the country near big concert events, Pegues reports. Paddock ramped up his gun purchases in 2016, but he was able to remain under the radar because of the type of purchases he was making and because he had no criminal history.

CBS News has learned that investigators are examining purchases they believe he made between November and December. During that period, he purchased a shotgun in a store in Las Vegas. At around the same time, he bought a rifle at a different store in California. Then he purchased a couple of handguns at yet another gun store in Nevada.

In general, officials said some alerts are generated in cases like this, but there are tens of thousands of similar alerts every week. Some investigators said there should have been alerts for some of the purchases Paddock made.

"Often, we're finding out when it's too late," a source told CBS News. "There must be a way for law enforcement to get timely information while also respecting Second Amendment rights."

Seasoned investigators said gun purchases in line with Paddock's are not entirely uncommon and that gun enthusiasts often buy in bulk, Pegues reports. Some investigators tracking weapons purchases said that kind of activity can seem normal unless there is some other factor that draws the attention of gun store owners or law enforcement. Ultimately, Paddock was able to amass 33 weapons during 2016, and some investigators said even that is not unusual.

When Paddock checked into the Mandalay Bay on Sept. 28, he specifically requested an upper-floor room with a view of the Route 91 Harvest music festival, a person who has seen hotel records turned over to investigators told the AP on condition of anonymity.

Investigators trying to establish the motive for the attack have had little more to chase than hints and shadows.

Where other mass killers have left behind a trail of plain-sight clues that help investigators quickly understand what drove them to violence, Paddock led a low-key, private life. He had no known criminal record and almost no close friends, social media presence or other clear connections to the broader world.

The No. 2 official in the FBI said Wednesday he was surprised investigators had not uncovered more.

"There's all kinds of things that surprise us in each one of these events. That's the one in this one, and we are not there yet," FBI Deputy Director Andrew McCabe said. "We have a lot of work to do."

Investigators are looking at his gambling habits and checking records for any disputes he might have had with casinos or fellow patrons.

On Wednesday, FBI agents trying to understand his state of mind questioned his girlfriend, 62-year-old Marilou Danley, who was out of the country during the attack. She was visiting her native Philippines.

She said she had no inkling of his murderous plans.

"He never said anything to me or took any action that I was aware of that I understood in any way to be a warning that something horrible like this was going to happen," she said in a statement read by her lawyer.