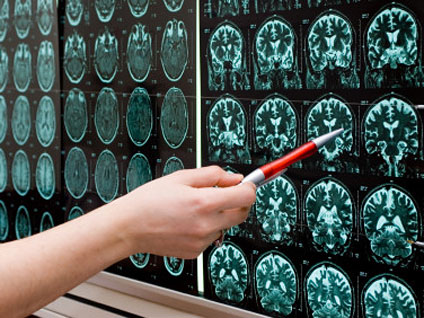 (CBS News) Patients with brain cancer may face devastating side effects from chemotherapy, but a new study offers a possible solution: stem cells.

The stem cells form a shield of sorts against the toxic side effects from chemo, according to the researchers behind the study. It was a small trial that involved only three patients with glioblastoma, the most aggressive and common form of a malignant brain tumor that's usually fatal.

Two of the patients survived longer than predicted with help from the stem cell treatment - an average of 22 months - and a third man from Alaska remains alive today with no disease progression almost three years following treatment.

Many patients with the deadly form of brain cancer possess a gene called MGMT. The MGMT gene is typically turned on and counters the effects from some chemotherapy agents, such as temozolomide, rendering them less effective. As such, people with such a gene often have a particularly poor prognosis.

A drug called benzylguanine can block the MGMT gene, thus making tumors more receptive to chemotherapy, but the combination of the drug and chemo are often too toxic for healthy bone marrow cells.

That's where the new stem cell treatment comes in. By combining bone marrow stem cells with a modified version of MGMT in the form of  the new treatment, patients' cells were protected from the toxic effects of the cancer drugs and chemotherapy while keeping the tumor cells targeted.

"This therapy is analogous to firing at both tumor cells and bone marrow cells, but giving the bone marrow cells protective shields while the tumor cells are unshielded," study author Dr. Jennifer Adair, a researcher at the Fred Hutchinson Cancer Research Center in Seattle, said in a news release.

The new therapy is described in the May 9 issue of Science Translational Medicine.

"This is a very interesting study and a completely new approach to protecting normal cells during cancer treatment. It needs to be tested in more patients but it may mean that we can use temozolomide [a chemotherapy drug] for more brain tumor patients than we previously thought," Professor Susan Short, a scientist at the nonprofit Cancer Research UK who was not involved in the research, told BBC News.

Nearly 23,000 people are diagnosed with a brain tumor each year and another 13,700 die, according to the National Cancer Institute.

The National Institutes of Health has more on brain tumors.