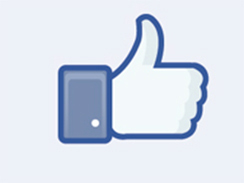 (MoneyWatch) Are you ready to hand over your Facebook username and password to your boss? What about Twitter and LinkedIn? That's the scenario that has been facing some people as they interview for jobs or approach their annual reviews.

On one level, it's understandable that employers might want to know more about their employees' social media habits, and getting access to their accounts is certainly one way to know what's in there. On the other hand, it's hard to see this as anything other than an absolutely unprecedented invasion of privacy. Where does the law land on this debate?

A few landmark pieces of legislation have already started to define the legal terrain, and it's clear which direction states are headed -- they are beginning to side with employees. Six states have now outlawed employer efforts to coerce employees into turning over social media account information. In addition to Delaware, Maryland, Michigan and New Jersey, states that already had such laws on the books, Illinois and California now have similar legislation that kicked in as of January 1.

While the laws prohibit employers from asking employees for log-in information, note that there's nothing wrong with employers from reviewing publicly available data on the Internet, such as browsing someone's Facebook page or Twitter feed. And it's still possible, of course, for employers to discipline or fire employees for violating corporate policies in social media.

Have you ever been asked to provide social media log-in information to an employer? Would you, as a condition of employment? Sound off in the comments.

10 things you should never say at the office
Dave Johnson