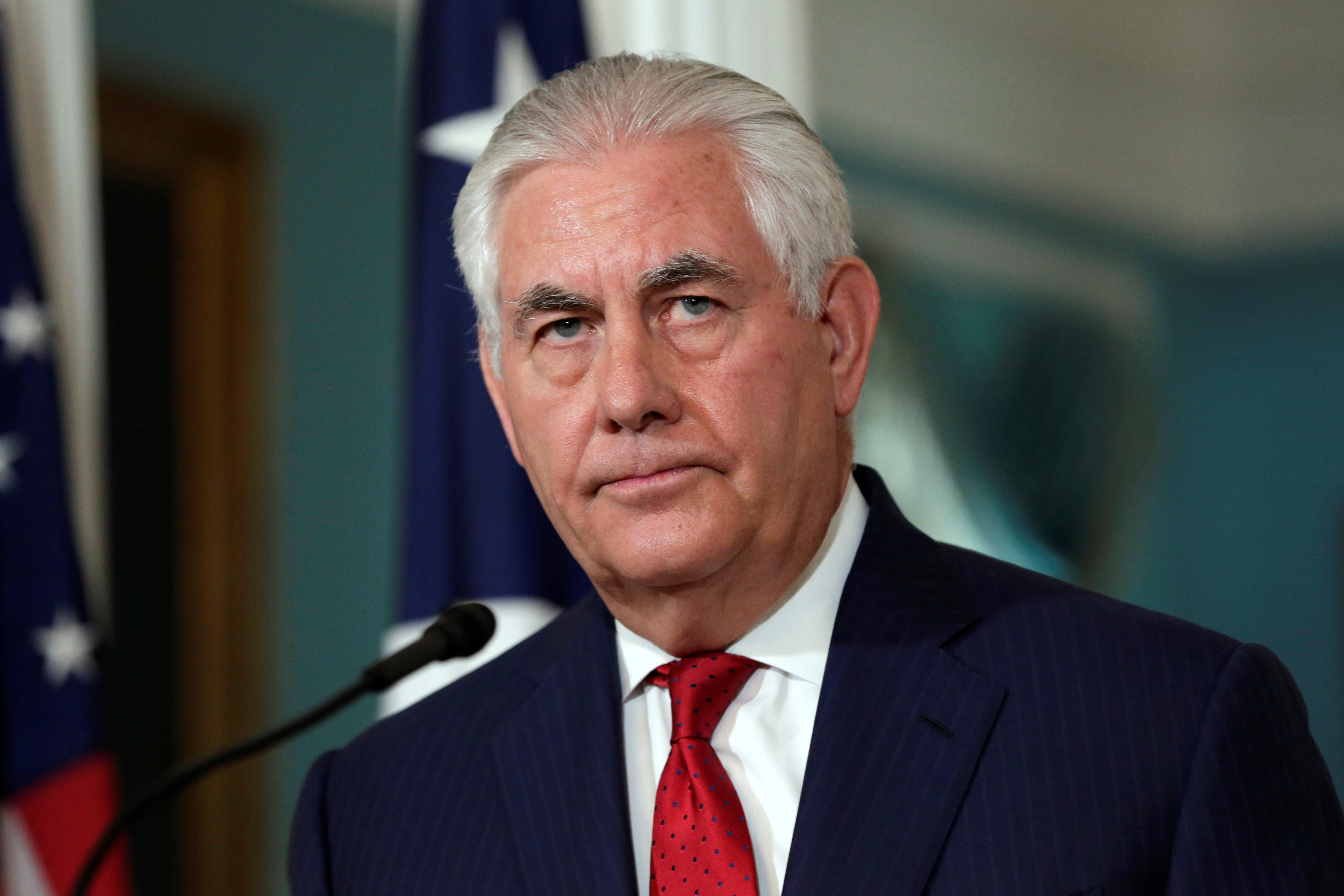 The State Department denied Wednesday that the secretary of State ever called President Trump a "moron," a story that was reported Wednesday morning.

Earlier, Tillerson made a statement in order to refute the story, first reported by NBC News. Asked directly whether he had, Tillerson did not explicitly deny it, but dismissed the question as "petty stuff."

"I'm not going to deal with petty stuff like that," Tillerson said. "I mean, this is what I don't understand about Washington. Again, I'm not from this place, but the places I come from, we don't deal with that kind of petty nonsense. And it is intended to do nothing but divide people."

However, the president was told that Tillerson made the remark after a July meeting at the Pentagon, CBS News' Margaret Brennan reports. Days earlier, the president had blown up at Tillerson over sharply differing views on the Iran nuclear deal, and Tillerson himself was frustrated that he'd been undermined on other key issues, including Venezuela and a Mideast dispute.

But it was personal, too. Tillerson, a lifelong Boy Scout, was dismayed by the president's comments at a national Boy Scout gathering. He riffed on politics at length and declared to the crowd, "Who the hell wants to speak about politics when I'm in front of the Boy Scouts, right?"

The president has been frustrated by Tillerson's reluctance to defend his equivocation on Charlottesville. There was "hatred, bigotry and violence on many sides," Mr. Trump said.

But the two men spoke by phone Wednesday, and Tillerson's spokesperson said "they're all good." And despite Mr. Trump's tweet over the weekend telling Tillerson to stop wasting his time by starting talks with North Korea, he said Wednesday he has "total confidence" in him.

According to Nauert, Tillerson didn't apologize because it "was not needed."