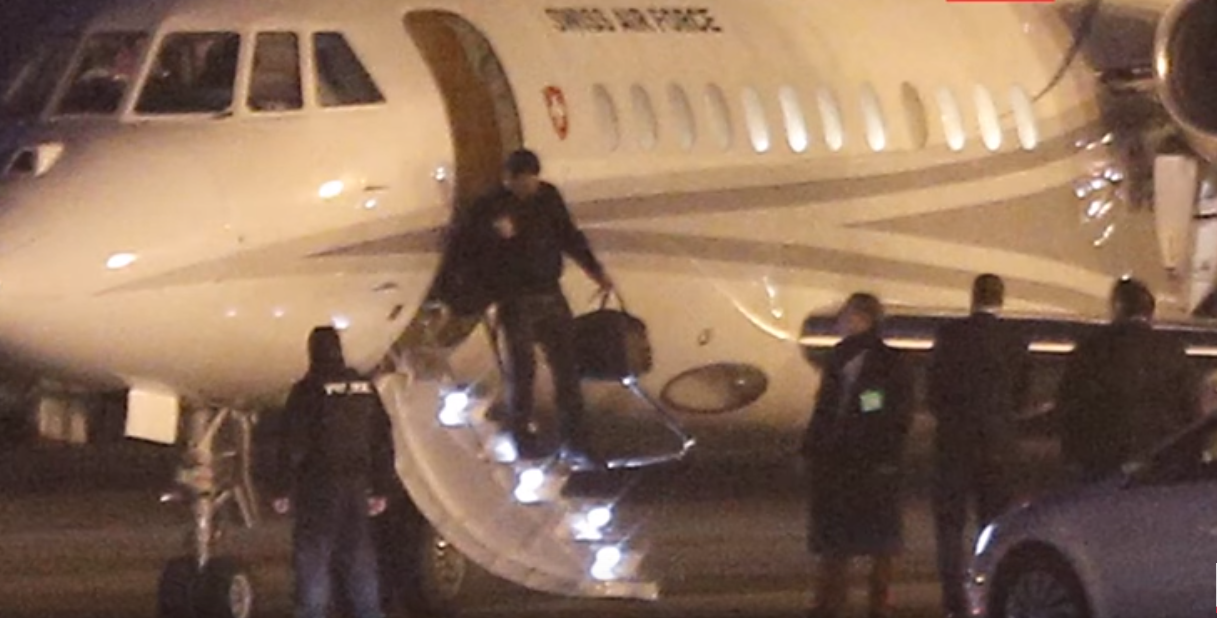 The Obama administration is revealing new details about the links between a $400 million cash payment to Iran and the release of four American prisoners in January.

On Thursday, the State Department admitted for the first time that the cash and prisoner release were linked.

Negotiations over the United States’ payment to Iran were conducted separately from the prisoner talks, State Department spokesman John Kirby said. However, he acknowledged the U.S. withheld delivering the millions in cash so it could maximize its leverage until the U.S. citizens being held in Iran were released.

More specifically, a senior U.S. official told CBS News’ Margaret Brennan that the administration held onto the cash deliberately while its diplomats pushed for the release of journalist Jason Rezaian’s mother and his wife.

The prisoner transfer was supposed to happen on January 16th, 2016 — the same day the nuclear deal was meant to go into effect — but was delayed until January 17, 2016 because Iranian security forces inexplicably hid the Washington Post reporter’s wife and mother at the airport.

The U.S. demanded Iran hand over all of the Americans, including Rezaian’s wife, who is an Iranian citizen.

A Swiss Air Force plane sent to ferry the prisoners out of Tehran sat on the runway until the next day, January 17, when it finally departed with all the Americans on board. That was the same day the plane carrying the cash was allowed to depart Geneva. The two planes crisscrossed in the sky. High-level Swiss, U.S. and Iranian diplomats were directly involved in the negotiation.

U.S. officials will not say whether the $400 million payment was traceable.

U.S. officials still deny the payment was ransom, and argue the money was owed to Iran as part of a failed arms deal 35 years ago.

The administration’s latest comments come after a Wall Street Journal report that the departures of the crisscrossing planes was no coincidence.

The WSJ reported earlier this month that the $400 million payment, made in Swiss Francs and Euros, was flown into Tehran on a cargo plane around the same time that the Americans were released. Transactions with Iran in U.S. dollars are illegal under U.S. law.

Senior U.S. officials had previously claimed that the timing of the prisoner release and cash payment was coincidental.

Several Republicans have accused the president of trying to conceal a ransom payment to a state sponsor of terrorism. Weeks ago, President Obama insisted that the U.S. does not pay ransoms.

Earlier this month, The New York Times noted that Iran and the U.S. had reached a $400 million arms deal with Iran before the shah of Iran was deposed in the 1979 Islamic Revolution. When the new government took Americans hostage in the embassy in Tehran, President Carter froze Iranian accounts, and the Iranians had been trying to get the money back since the hostages were released.

The money never belonged to the U.S. — it has always been Iran’s — and the U.S. would likely have had to pay the $400 million plus 35 years’ worth of interest if the international tribunal at the Hague ruled on the issue, the Times reported.

The entire amount agreed upon was $1.7 billion, with $400 million as the first installment.

Instead, that payment was resolved in tandem with the nuclear negotiations.