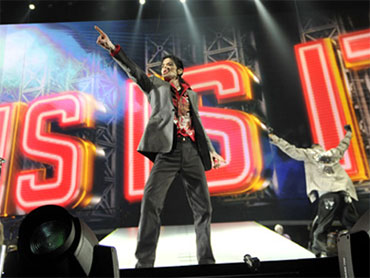 From Marc Anthony to Paris Hilton, no matter what genre, entertainers today respect Michael Jackson. A year after his death, Jackson continues to inspire and influence.

Some big names sat down with "The Early Show" to share how the King of Pop continues to endure.

"I think one of the coolest things he told me was never limit yourself; the fact that if people can whistle your songs -- then they can understand it all over the world," said LL Cool J. "No matter what you want to say about him, his career always mattered. You don't sell out a hundred shows in England and all over Europe because you are not relevant."

Christina Aguilera said, ""I remember going to my high school talent show singing 'The Way You Make Me Feel' and being a huge fan of his album 'Bad.' I know all my dancers wouldn't be behind me dancing if it weren't for that."

"Everybody wanted to be like Michael Jackson. He's just that perfect," said Jennifer Lopez.

Aubrey O'Day observed, "He brought something nobody else did."

"There will never be another Michael Jackson," said Paris Hilton.

"What we didn't lose is his legacy and that incredible catalogue and body of work. We didn't lose any of that. At the press of button, we can still experience the magic," said LL Cool J. "We may have lost the man, but we didn't lose the legacy. The legacy is actually bigger than that one human being. That legacy touched millions."