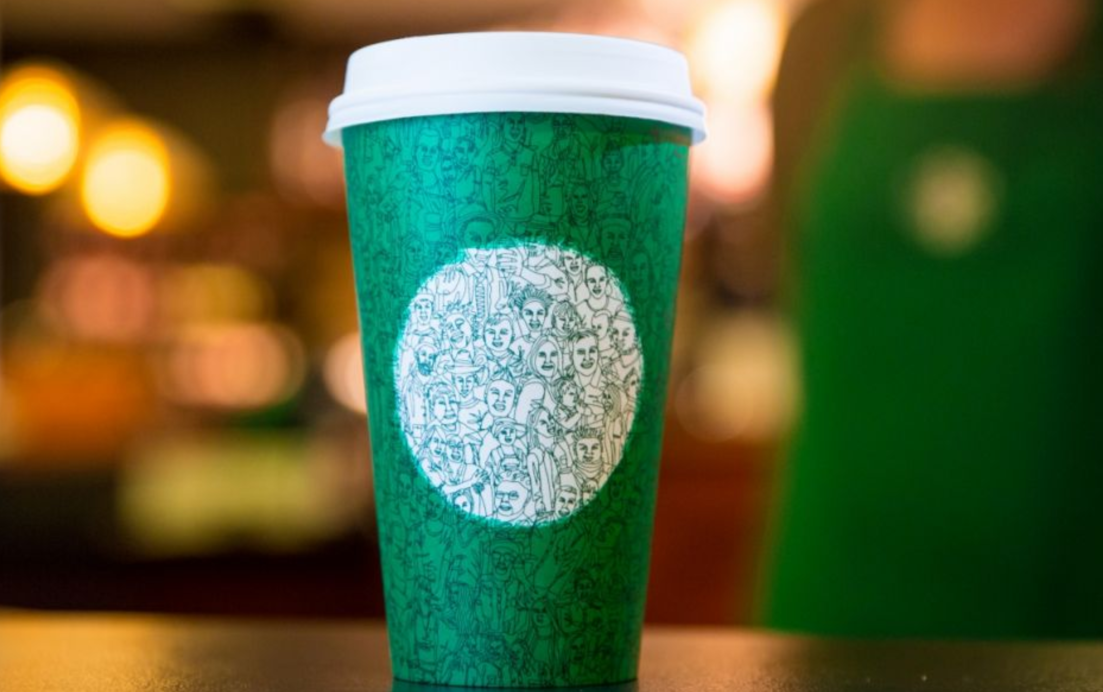 Coffee drinkers were in for quite a surprise when they walked into their local Starbucks Tuesday morning to grab a quick cup of joe.

As baristas called their names, one by one, customers were handed unfamiliar bright green cups with sketches of a variety of characters stitched together on the canvas.

“It’s meant to be a symbol of unity, and to encourage us to be good to each other,” a Starbucks spokesman told CBS News.

But the “unity” cups are causing quite a stir.

Though they’re meant to symbolize “bringing people together,” the cups have customers divided.

Some questioned whether the cups are replacing Starbucks’ traditional holiday-themed cups:

While others accused Starbucks of making a political statement:

However, some customers are defending the new design, and the message behind it:

Starbucks assures customers they are not pushing a “political agenda,” but rather a promotion of peace.

“During a divisive time in our country, Starbucks wanted to create a symbol of unity as a reminder of our shared values, and the need to be good to each other,” Starbucks CEO Howard Schultz said in a statement.

It’s not the first time Schultz and his coffee chain have stood up for American values – and stepped on some toes in the process. During a short-lived campaign last year, Starbucks encouraged discussion of racial issues by writing “Race Together” on coffee cups.

The green “unity” cups will be in U.S. stores for a limited time and should not be considered “holiday cups.”

“The rest of our holiday plans are still under wraps,” the Starbucks spokesman said.