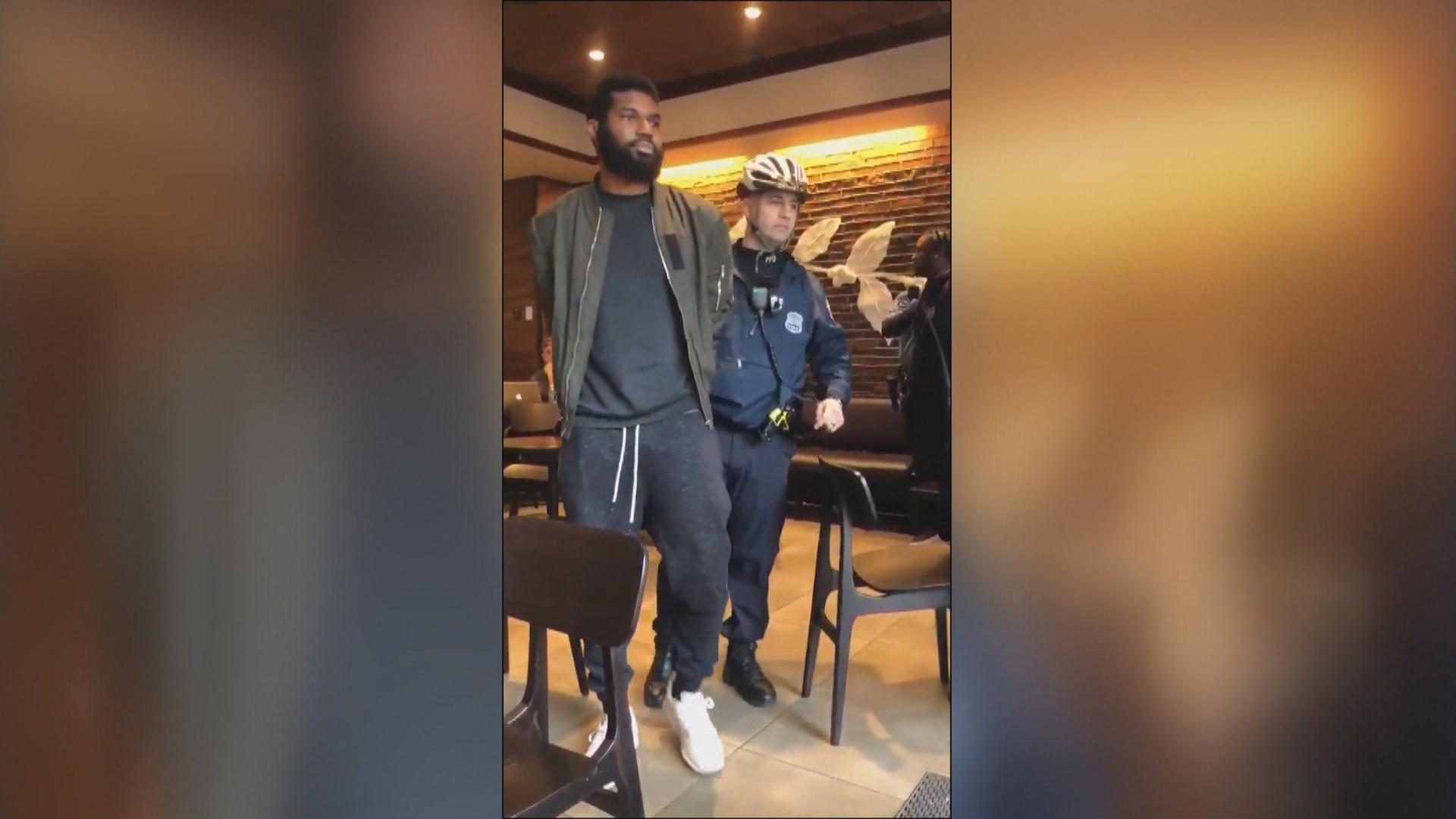 PHILADELPHIA -- Philadelphia police have released a recording of a 911 call from the Starbucks employee that led to the controversial arrests of two black men at one of its stores. The incident last week has sparked protests and calls for a boycott on social media, and the company has made repeated apologies.

In the April 12 recording, a woman is heard saying, "Hi, I have two gentlemen in my cafe that are refusing to make a purchase or leave." She gives the address of the Starbucks store. The entire call lasts less than 30 seconds.

In the communications between police and dispatch that were also released, someone says "we have a disturbance at the Starbucks" and refers to "a group of males inside causing a disturbance," and additional officers are sent. The Starbucks employee never called it a disturbance.

A video taken after police arrived shows officers talking with two black men seated at a table. After a few minutes, officers handcuff the men and lead them outside as other customers say they weren't doing anything wrong. Philadelphia-area media reported that the two were waiting for a friend. Another man in the video is heard saying he was there to meet with the men and calls the arrest "ridiculous."

The men were later released without charges.

Responding to national outrage, Starbucks CEO Kevin Johnson called the arrests "reprehensible" and said he wanted to apologize to the two men face-to-face. The company and a lawyer for the two men said they did meet, and Johnson delivered the apology. Starbucks also said the employee who called police no longer works at the store, but declined to give details.

Speaking to local news station WPVI-TV, Philadelphia police commissioner Richard Ross called the situation "unfortunate" and said he had received a call from Starbucks' CEO. But he defended his officers' actions and said it doesn't appear they did anything wrong.

"In fact, they were really trying not to make an arrest in this case," Ross said. "They, undoubtedly, had seen instances like this before with people being asked to leave and were accustomed to people just leaving."

Starbucks announced Tuesday the company will be closing its stores and corporate offices May 29 for company-wide racial bias training.

Speaking to Gayle King on "CBS This Morning," Starbucks' executive chairman Howard Schultz said he is "embarrassed" and "ashamed" by the incident.

"I think what occurred was reprehensible at every single level," Johnson said. "I think I take it very personally as everyone in our company does and we're committed to making it right."