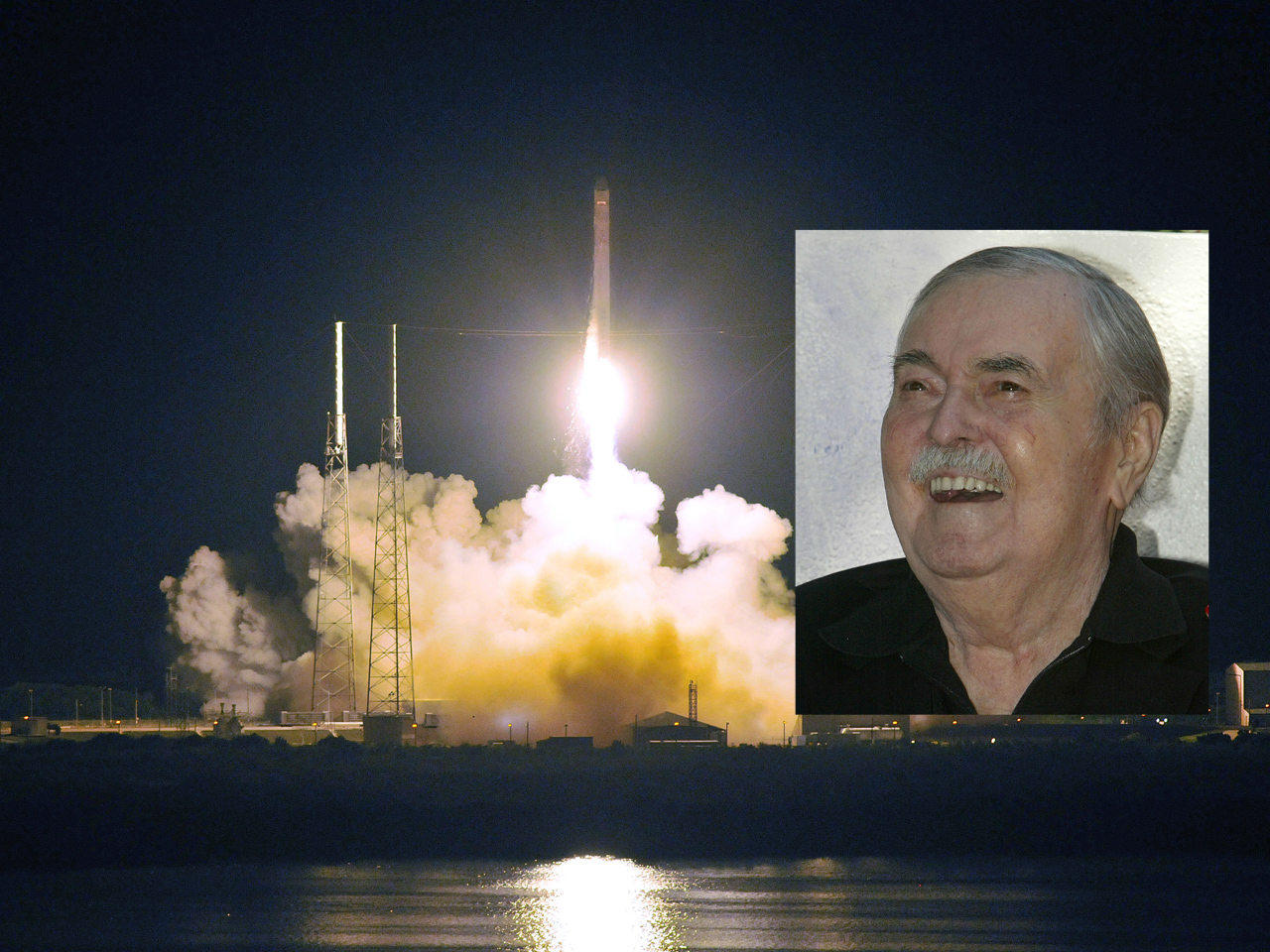 Now the three men who made space their lives are also making space their final resting place. Their ashes - and those of about 300 others - were aboard SpaceX's Falcon 9 rocket that blasted into orbit Tuesday as part of an in-space for-profit burial business.

Shrake was an engineer who designed spaceship control instruments for NASA's Jet Propulsion Lab. After he died in 2007, his family decided that space would be a nice place to send some of his ashes so they spent a few thousand dollars to launch them in space with the Texas-based firm Celestis Inc. His daughter, Robin Smith of Grapevine, Texas, got up very early Tuesday to watch the pre-dawn launch, and said it was fitting.

"I thought wow, he was actually up in the sky, in the place where his work is being used," Smith said by telephone.

The ashes were in a special container, which SpaceX president Gwynne Shotwell confirmed Tuesday was in the second stage of the Falcon rocket. That section of the rocket was jettisoned about 10 minutes after launching a capsule full of supplies for the International Space Station. It will remain in orbit for about a year then burn up as it returns to Earth.

You don't have to be in the space business to have your ashes deposited in orbit, but you do have to have nearly $3,000. Some of what Celestis calls "participants" in this flight, which the company called its "new frontier" mission, have no connection to space.

Some people's ashes that flew Tuesday, including those of Doohan and Cooper, were also on a botched 2008 SpaceX launch that didn't get the remains into orbit and dropped into the Pacific Ocean. This is a makeup flight for them.

Others whose ashes have flown previously include "Star Trek" creator Gene Roddenberry and his actress-wife Majel Barrett, who was in the series.

Smith said her father - ever the frugal engineer - might have thought this a waste of money, but his family is glad they did it: "Most of his career dealt with outer space and orbit and now he's in it."