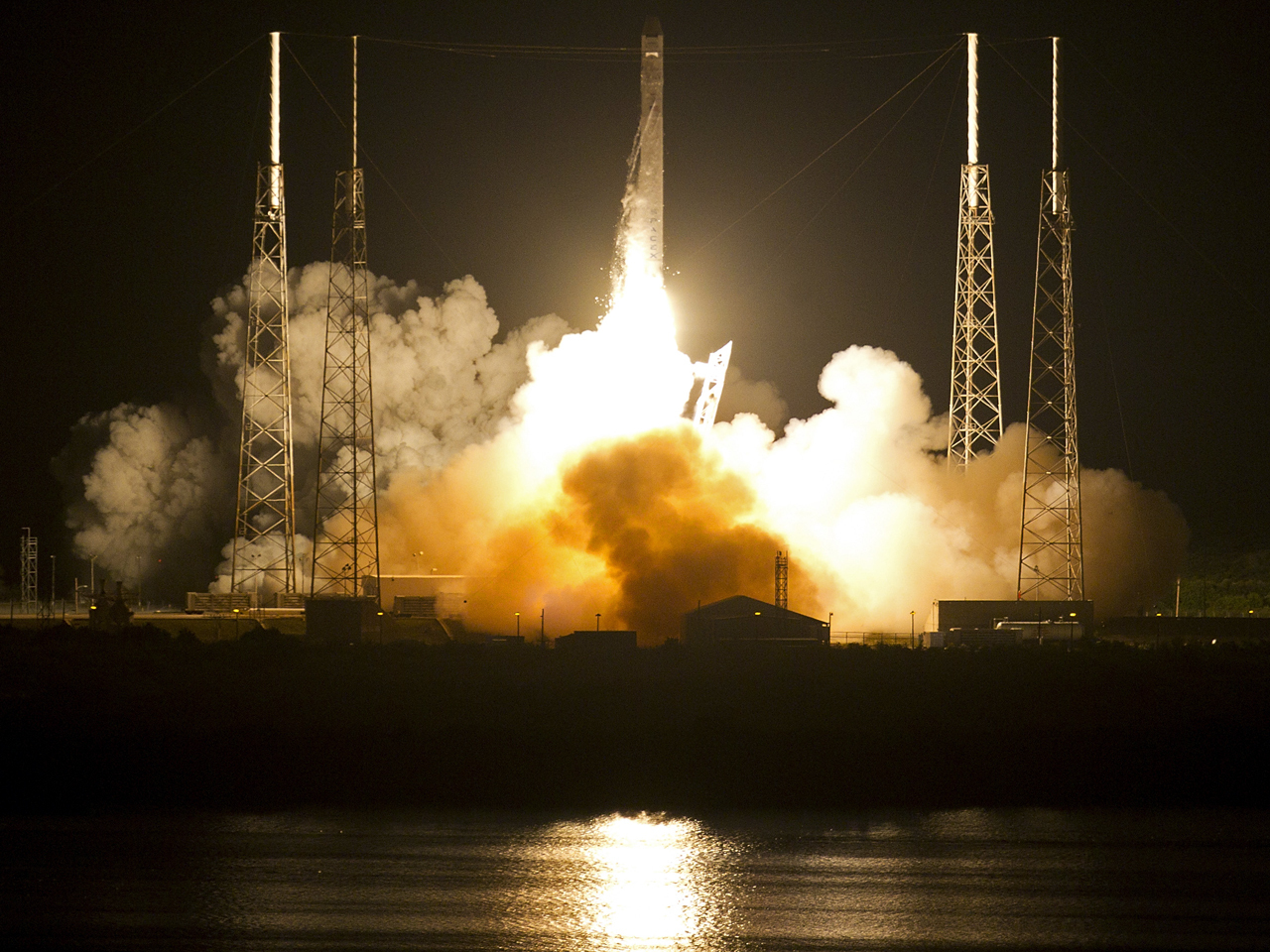 (CBS News) NEW YORK - For the first time, a private business is sending a spaceship to the International Space Station.

If the mission goes well, it could change space travel forever, marking the start of what could be a new era in American spaceflight.

You could think of the launch as the first audition for SpaceX, one of the private companies hoping to become NASA's taxi to the space station.

The launch had been scheduled for this past Saturday, but a half-second before liftoff, computers detected high pressure in the center engine's chamber and aborted the mission.

Engineers say they fixed a faulty valve, and SpaceX's Dragon capsule is now on its way.

This time, the astonishing but familiar sight of a rocket launching skywards, fire curling underneath, was unlike anything seen before.

The capsule, carrying 1,000 pounds of non-essential cargo -- primarily food and clothing -- will navigate within reach of the space station's 58-foot robotic arm.

The mission, if successful, would make it the first commercially operated capsule to do so.

SpaceX is the brainchild of billionaire entrepreneur and PayPal co-founder Elon Musk.

"We're really at the dawn of a new era of space exploration," he says. "I think there's perhaps some parallels to the Internet in the mid-'90s, when the Internet was created as a government endeavor, but then, the introduction of commercial companies really accelerated growth of the Internet, and made it accessible to the mainstream."

The launch was a vital test.

Completing the mission would enable SpaceX to collect on a $396 million contract to develop a cargo ship, and enter into a $1.6 billion contract with NASA for a dozen future cargo flights.

When "CBS Evening News" anchor Scott Pelley visited the SpaceX factory in March for "60 Minutes," he found that Musk's goal is grander than cargo.

"You know," Pelly remarked, "what I noticed about your cargo ship is that it has windows."

"Yeah," Musk responded. "The windows are there in case there is an astronaut who wants to look up."

"What that tells me," Pelley said, "is that this was never intended to be only a cargo ship."

"No," Musk confirmed. "Dragon was always designed to carry astronauts."

With the shuttle fleet now retired, NASA has to rely on Russian Soyuz rockets to carry astronauts to and from the space station. The future plan is to contract the ferrying of astronauts to proven, private companies such as SpaceX.

If the Dragon capsule successfully docks with the space station, it will stay about a week.

Until Tuesday's launch, only three countries had ever pushed a capsule into space: the U.S., the Russians and the Chines.