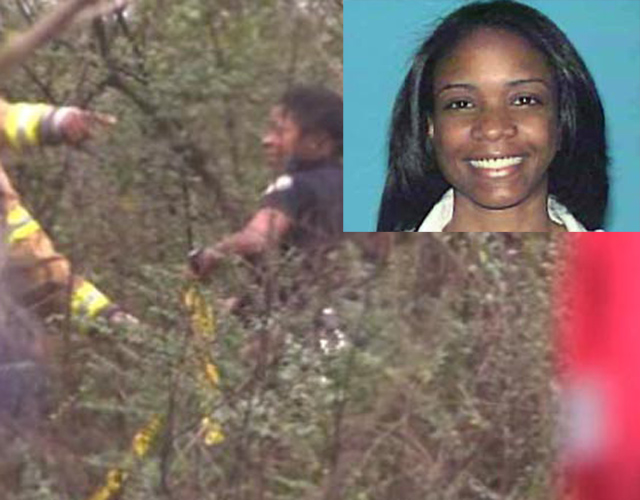 (CBS/WGCL) ATLANTA - A body was discovered Monday afternoon that may be the remains of Atlanta woman Stacey English, who has been missing for nearly a month.

Some men looking for scrap metal discovered the remains under a fallen tree in southeast Atlanta at about 3 p.m. yestrday, reports CBS Atlanta.

According to Chief Medical Examiner Dr. Randy Hanzlick, the body was consistent in age with English. However, as of Tuesday morning, the autopsy had not been completed, and a positive identification had not yet been made.

Members of English's family rushed to the scene Monday where the body was discovered, but authorities would not let them view it, CBS Atlanta reports.

"If this is not her, I have to still be sad because it's someone else's child," Bernice Hurks, English's aunt, reportedly said. "If this is her, it's the best thing we could do right now is to find her, regardless of what the circumstances and conditions are."

It's unclear if the deceased woman was killed by the fallen tree, or if the tree fell on the body after her death.

According to the Atlantic Journal-Constitution, English's vehicle was discovered on Dec. 27, with the engine still running, less than a mile away from the wooded area where the body was discovered.

According to her family, English was last seen in her home on Lenox Road on or around Christmas Day.