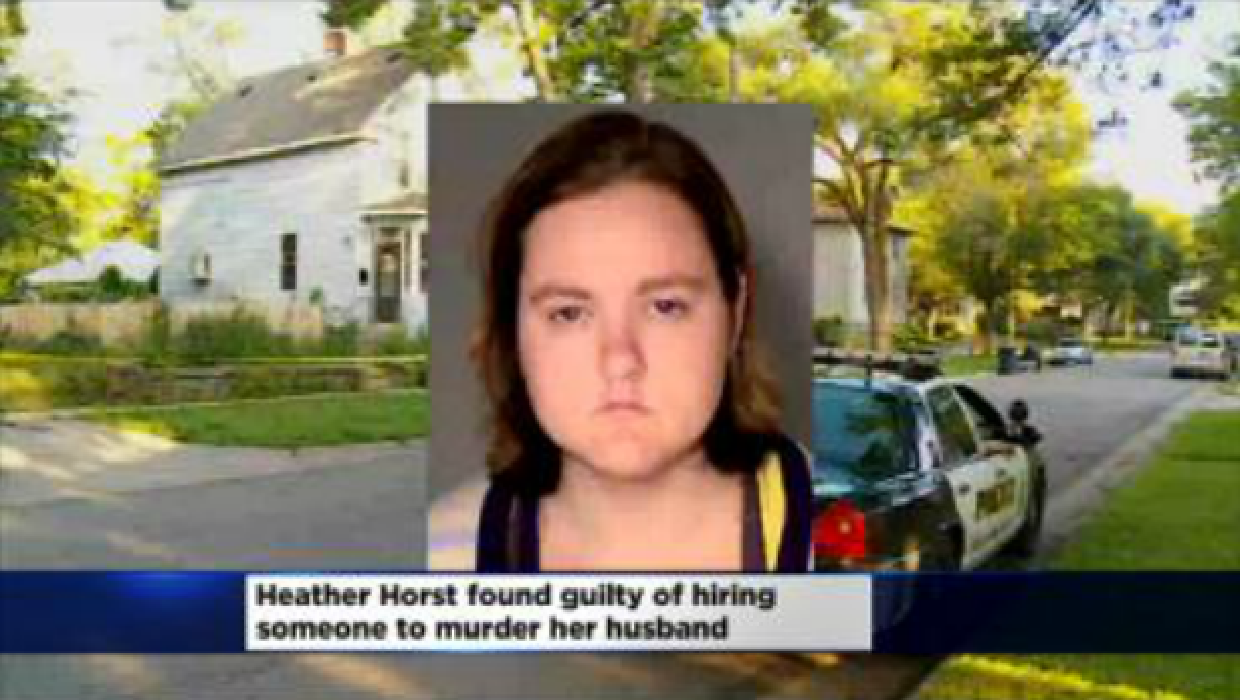 ST. PAUL, Minn. - The widow of a slain Minnesota National Guardsman was convicted of helping plan his murder last summer and will spend the rest of her life in prison, reports CBS Minnesota.

Horst was convicted in the death of her husband, 26-year-old Staff Sgt. Brandon Horst. Brandon Horst was shot once through his right eye while sleeping in his St. Paul home on Aug. 5.

CBS Minnesota reports Heather Horst and Allen planned to share the money collected from Brandon Horst's military and federal life insurance policies. Heather Horst, the sole benefactor, stood to receive $480,000 after her husband's death, according to the station.

The Star Tribune reports the defense argued Allen acted on his own. However, Allen testified in Heather Horst's trial that she drove him to the St. Paul home she shared with her husband, assured him that he was asleep, drove him away from the crime scene and helped dispose of the murder weapon, reports CBS Minnesota.