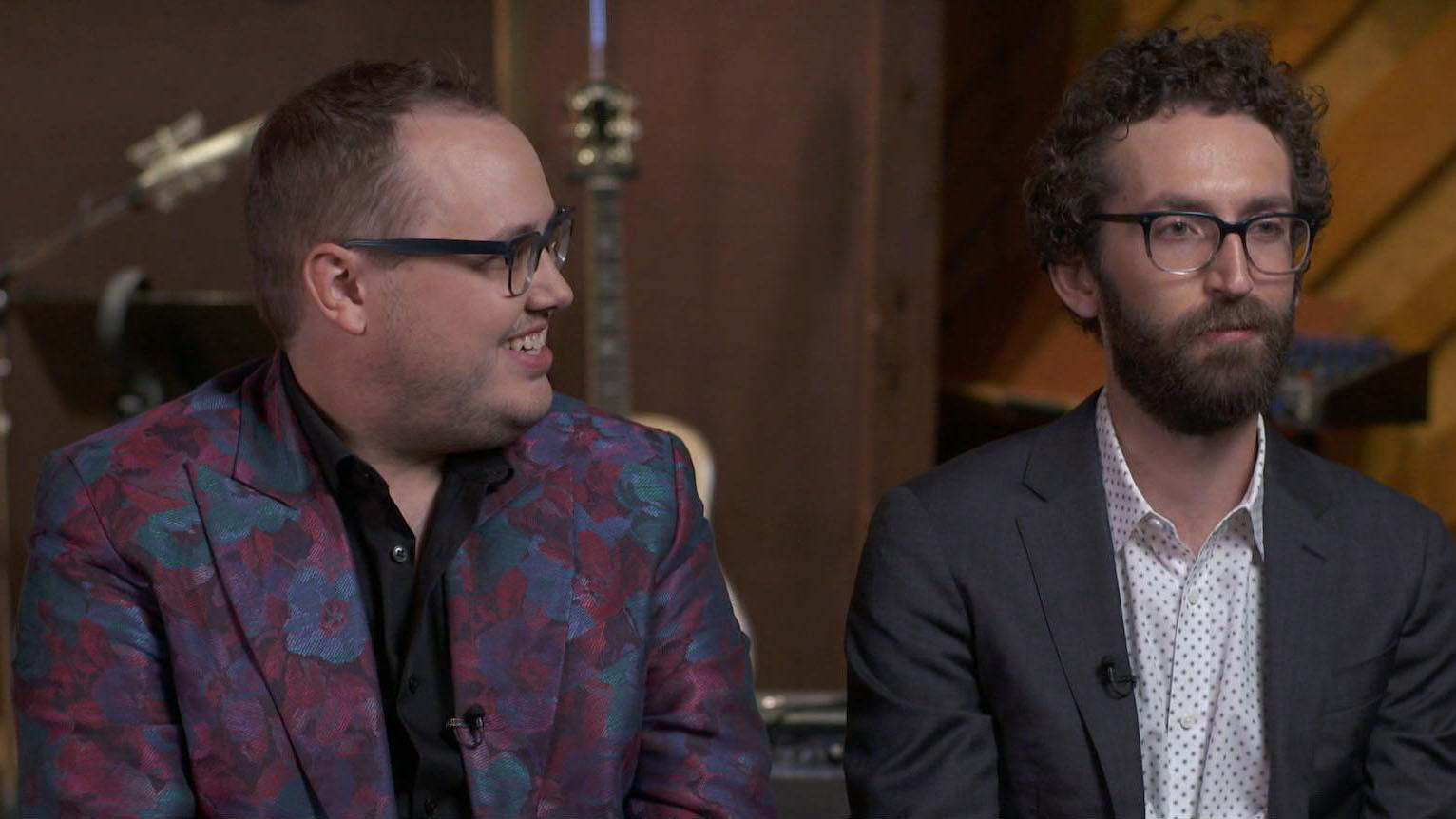 St. Paul & The Broken Bones have returned to fans with their latest album, “Sea of Noise.” Just two and a half years ago, the Alabama band with the unique name made their national TV debut on “CBS This Morning: Saturday.” Much has happened since then, including opening for The Rolling Stones.

“What was it like opening for the Stones?” asked “CBS This Morning: Saturday” co-host Anthony Mason.

“It was a very surreal day. Talk about pulling up in your van, puttering up to the stadium. ‘We’re here to play the show.’” bassist Jesse Phillips recalled.

“’You sure you’re not here to pick up the equipment?’” lead singer Paul Janeway added, laughing.

The gigs just keep getting bigger for St. Paul & The Broken Bones. On a flight to Buffalo last summer, Janeway recalls telling a fellow passenger they were headed there to play.

“I said, ‘Ralph Wilson Stadium.’ And they’re just like, ‘The Stones are playing there.’ And I’m just like, ‘Yeah, we’re opening up for The Stones.’”

The Alabama soul sextet started to come together when Janeway and Phillips met at a record store, where Phillips worked in Birmingham. They bonded over their love of music. Raised by devout parents, Janeway had aspired to be a preacher as a teenager.

“What I realize now is that I enjoyed the performance aspect of it,” Janeway said. “But yeah, man, when the church doors were open I was the janitor, I was, I did everything. My mom, growing up, would only let me listen to…  gospel music and a little bit of soul. Just you know like the Otis Reddings and Sam Cookes. And then she loved The Stylistics. And that’s where I always, I think, I got my falsetto from.”

When their first band failed to catch fire, Janeway got a Pell Grant to study accounting. But he and Phillips decided to record a demo before they quit.

“So you were thinking this band was just like a last musical hurrah for fun?” Mason asked.

“It was for fun,” Janeway said.

“And the goal was just kind of you know make a little document of our musical friendship that we could be proud of and then just have,” Phillips added.

“That I paid for with my Pell Grant. Yeah, I’m sure the government likes that,” Janeway said.

“You know the first show we got paid, it was in Florence, Alabama, in a record store’s garage,” Janeway said. “Sixty-five bucks apiece, and in that garage, I remember thinking, ‘…man, this is a money-making venture!’”

St. Paul & The Broken Bones were off and running – in Janeway’s case, in some very loud shoes.

“So my wife made these, how wild is that?” Janeway said, showing off the footwear of a roof-rattling soul sprinter. “Really like there’s only one speed and that’s 100 miles an hour. I can’t do it any other way. And so it’s that singing with like, ‘this might be your last moment of singing.’ And you know, this might be it. So do it with that sense of urgency all the time.”

Phillips also said that Janeway is “extremely competitive… in every sense.”

“He just wants to lay waste to the competition, basically,” Phillips said.

“I hope everybody’s successful. I just want to have a better show than everyone else,” Janeway said. “So we didn’t get a lot of opening slots.”

“Well, you got the Stones!” Mason reminded them.

“Well, that was the one. But still, even then I was like I’m competitive. I’m like ‘It’s the Rolling Stones, Paul! All they gotta do is play “Gimme Shelter” and you’re toast. Get out of here!’”