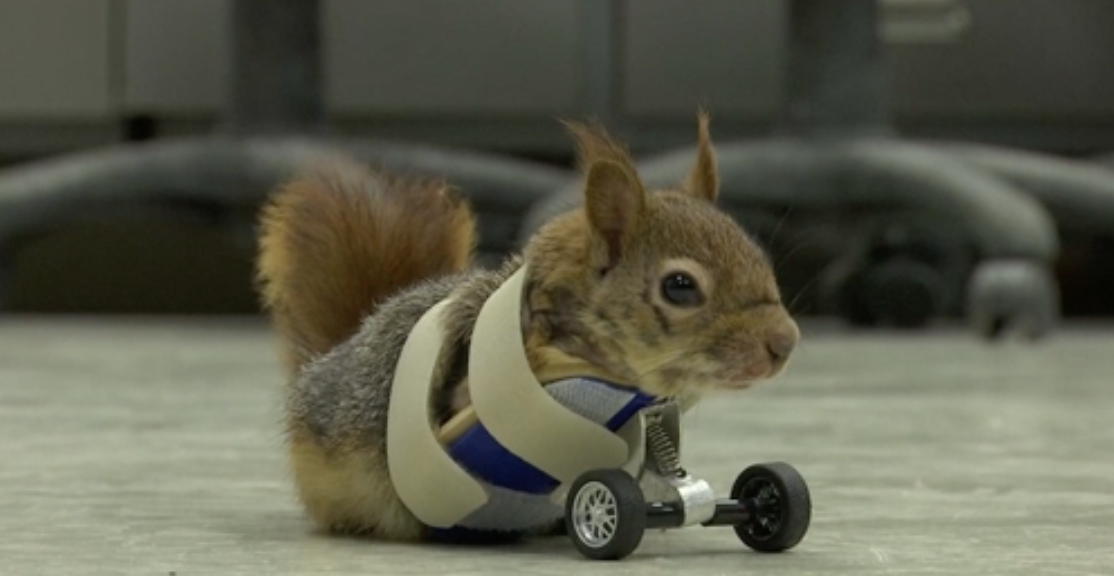 A squirrel who lost both of his arms in a trap has been given a prosthetic wheels to help him walk again.

The squirrel, affectionately called Karamel, was found caught in an animal trap in the Turkish city of Batman. Reuters reports that veterinarians from Istanbul Aydin University took Karamel in and built him a set of prosthetic wheels -- kind of like a miniature animal wheelchair.

Orthopedists at Aydin University designed the prosthetic wheels specially for Karamel. They waited for the squirrel to adjust to the new device before teaching him how to walk again, orthopedist Mustafa Gultekin said.

Karamel appeared comfortable testing out his new wheels with the doctors on Tuesday.

Though he lost two limbs, he gained a set of prosthetic wheels -- and a lot of love.