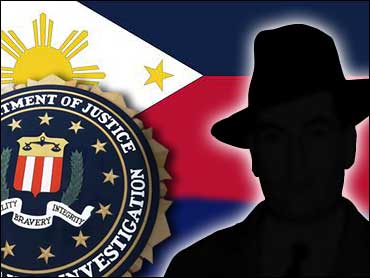 An FBI intelligence analyst with top secret clearance who worked at a New Jersey Army base was charged Monday with passing classified information about Filipino leaders to current and former officials of that nation.

The analyst, Leandro Aragoncillo, sent some of the material to Michael Ray Aquino, a former deputy director of the Philippines National Police who lives in New York City, according to an FBI complaint unsealed with the arrests.

Aragoncillo, 46, of Woodbury, was hired to work at Fort Monmouth in July 2004 and began sending classified information and documents in January, according to the complaint.

From May to Aug. 15, Aragoncillo printed or downloaded 101 classified documents relating to the Philippines, of which 37 were classified "secret," the complaint said.

Details of the documents' contents were not disclosed in court papers or in court.

The investigation by immigration authorities began after Aquino, 39, was arrested in March, accused of overstaying the tourist visa he used to enter the country in July 2001.

Aragoncillo, a Marine for 21 years, and Aquino were ordered held without bail following an appearance before a federal magistrate.