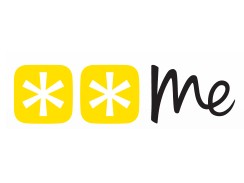 (MoneyWatch) If your ten-digit mobile number seems just a little too impersonal, Sprint (S) might just have a deal for you. Sprint -- the subject of the largest-ever foreign acquisition by a Japanese company -- is in the process of being digested by Softbank Corp. And in the shadow of all that, Sprint has just rolled out a service called StarStarMe. Or think of it as **Me.

Either way, here's the idea: You get a custom, vanity phone number that starts with two stars, like **DAVE. Of course, like an email address, each number is unique, so popular names will go fast. If you want to sign up for the service, you might want to consider nicknames or other variations to ensure you can get something suggestive of your name.

Once you have the **Me service up and running, anyone can reach you just by entering two stars and then typing your unique number. While you might think it's a handy way to get a memorable, short, and distinctive phone number -- and I suppose it is -- this service feels about a decade or so too late. After all, do you know anyone's phone number anymore? Probably not; they're all plugged into your phone's favorites or contacts list. I can't remember the last time I had to enter someone's phone number from memory; the entire concept reminds me of calling someone on a rotary phone in 1993.

The StarStarMe service doesn't replace your existing number. It works in addition to it, and contacts should be able to reach you using your **Me number from any major wireless carrier (like AT&T and Verizon) - but smaller carriers won't know what to do with a **Me number.

And that leads to another curious glitch. As Sprints's StarStarMe FAQ points out, two stars is cell phone "code" for "insert a pause here." Power cell phone users know that they can enter two stars to pause dialing, such as when you might want to enter the passcode for a conference call. That means your stars can be interpreted as a pause rather than as a phone number. Sprint's advice: Press them more slowly. Or more quickly, depending upon your phone. I'm curious how all the people you share your new StarStarMe phone number with will be expected to figure that out.

If you are willing to tolerate the fact that the number might not work right on the phones of many of your friends, family, and co-workers, and you think there's value in having a distinctive vanity phone number in 2012 when no one has to look up or manually enter phone numbers anymore, then be advised that the service costs $3 per month. Do you think this is a valuable -- or even practical -- service? Does it (and the Softbank acquisiton) make Sprint a better or worse bet for your cellular dollars? Sound off in the comments.