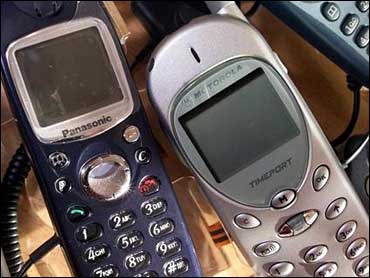 Nextel Communications Inc. and Sprint Corp. reached a tentative agreement to merge, a deal that would create the nation's third-biggest mobile-phone company, The Washington Post says in its Saturday editions.

Sources familiar with the deal told the Post it would create a company called Sprint-Nextel, with 39 million subscribers.

The newspaper says it's unclear what a combination would mean for consumers, although analysts said some customers might eventually need to get new phones as the companies combined their technologies.

The Post points out that, "Sources familiar with the merger talks, who spoke on condition of anonymity because the deal is not final, cautioned that it could still fall apart. But if talks continue to go well, an agreement could be announced by early next week."

According to the newspaper, the proposed $36 billion deal would have Nextel shareholders receiving the equivalent of 1.3 shares of Sprint stock, plus a small amount of cash for every Nextel share.

The Wall Street Journal had a similar report Friday afternoon, saying Sprint and Nextel had tentatively agreed to combine.

As part of the deal, the Journal said, the newly-formed company would spin off Sprint's local telephone business.

In addition, the Journal said Sprint chief executive Gary Forsee would be CEO of the merged company, which will be called Sprint-Nextel, while Nexel CEO Timothy Donahue would serve as chairman.

The New York Times reports in its Saturday editions that Sprint is "near a deal" to buy Nextel, "in a transaction that would further consolidate the rapidly changing telecommunications industry, according to executives involved in the negotiations."

The Times says the boards of both companies plan to meet separately on Tuesday to ratify the deal, and they hope to announce it on Wednesday. Still, the executives cited by the Times put up caution flags similar to those of the Post's sources, saying several thorny details, including a possible deal-breaking tax issue, still need to be worked out, and that the deal could fall apart.

The deal, notes the Times, "comes as the mobile phone industry faces fierce new market pressures, with competitors seeking to keep and attract customers who can jump easily from one operator to another."

A merger between Sprint and Nextel would mean that 74 percent of the entire mobile phone market would be controlled by three gigantic operators, the Times says: Cingular, which recently completed its buy of AT&T Wireless, is the largest in the nation, with 46 million subscribers, and Verizon Wireless is No. 2, with 42 million subscribers.

Wall Street was abuzz Friday over the potential merger, though the companies declined to comment on a slew of news reports about it.

Numerous research analysts issued positive assessments of the potential combination of the nation's third and fifth largest mobileular carriers, reports of which first sprang up on Thursday.

The Times reported Friday that, in reaction to the news, Verizon Wireless held internal discussions to contemplate an offer to buy Sprint. Verizon Wireless declined comment on the reports as well.

Shares of both companies bobbed higher late Friday after pulling back in regular trading.

The potential appeal of a merger is apparent for both companies.

Sprint's customer base is largely consumer, while Nextel's is dominated by business users who tend to spend far more on their monthly bills.

Nextel — the fifth largest wireless company and the only national mobileular provider that's an independent entity — is especially popular among mobile professionals and dispersed groups of workers who use the walkie-talkie feature on Nextel's phones to keep in constant contact.

A merger of those operations would make the combined company a more potent rival to Cingular Wireless and Verizon Wireless by enabling the new entity to pool resources such as network capacity and cut redundant costs such as dual customer care systems and staff.

Sprint's wireless Internet service, which it is upgrading to offer the same speeds as Verizon Wireless, would fill a major gap in the products Nextel can offer its valuable base of business users.

One obstacle to a Sprint-Nextel deal might be technology, analysts said, since the companies use two different wireless platforms. By contrast, a combination between Sprint and Verizon Wireless might be easier because the two companies use the same wireless technology.