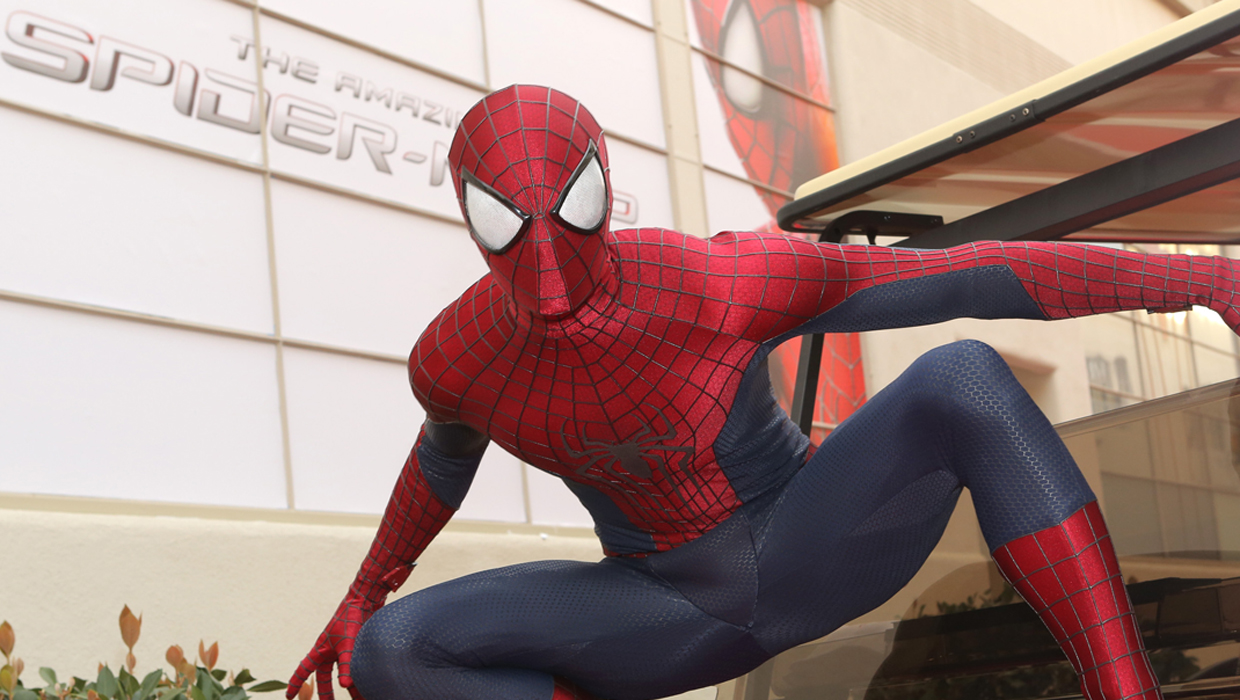 Sony Pictures announced Thursday that several new film projects are in development based around the superhero franchise. A creative "brain trust" has been set up to ensure that the films have similar threads and tones to one another.

All of the projects will be produced by Avi Arad and Matt Tolmach. The duo had previously worked on "The Amazing Spider-Man," which Webb directed.

Kurtzman, Orci and Pinkner wrote the screenplay for "The Amazing Spider-Man 2," due for release on May 2, 2014.

Goddard will write and possibly direct "The Sinister Six," based on the group of nefarious characters from the Marvel comics.

Kurtzman, Orci and Solomon will pen the screenplay for "Venom," centered around the iconic super-villain. Kurtzman will also direct.

Venom was initially played by Topher Grace in "Spider-Man 3," one of the films in Sam Raimi's original trilogy starring Tobey Maguire. The series was rebooted with "The Amazing Spider-Man" in 2012. According to the studio, the four "Spider-Man" films to date have taken in over $3.2 billion worldwide.

Commenting on the announcement, Doug Belgrad, president of Columbia Pictures (a division of Sony), said, "The 'Spider-Man' film franchise is one of our studio's greatest assets. We are thrilled with the creative team we have assembled to delve more deeply into the world that Marc, Avi and Matt have begun to explore in 'The Amazing Spider-Man' and 'The Amazing Spider-Man 2.' We believe that Marc, Alex, and Drew have uniquely exciting visions for how to expand the 'Spider-Man' universe in each of these upcoming films."

Arad and Tolmach added, "This collaboration was born out of the great experience we and Marc had working with Alex, Bob, and Jeff on 'The Amazing Spider-Man 2.' With more than 50 years' wealth of stories in the comic books to draw upon for inspiration, the Spider-Man universe is truly boundless; in addition, the Spider-Man comics have the greatest rogues gallery of any series, and to have the chance to explore that on film is truly thrilling."

Kurtzman, Orci and Pinkner are also at work on the script for "The Amazing Spider-Man 3." The studio says it hopes Webb will return to direct.

The film will go into production next fall for release on June 10, 2016.

"The Amazing Spider-Man 4" was also previously announced, although it's unclear if franchise star Andrew Garfield, who plays Peter Parker/Spider-Man, will be involved. The 30-year-old actor recently told Yahoo that the fourth film will not have "anything to do with [him]."