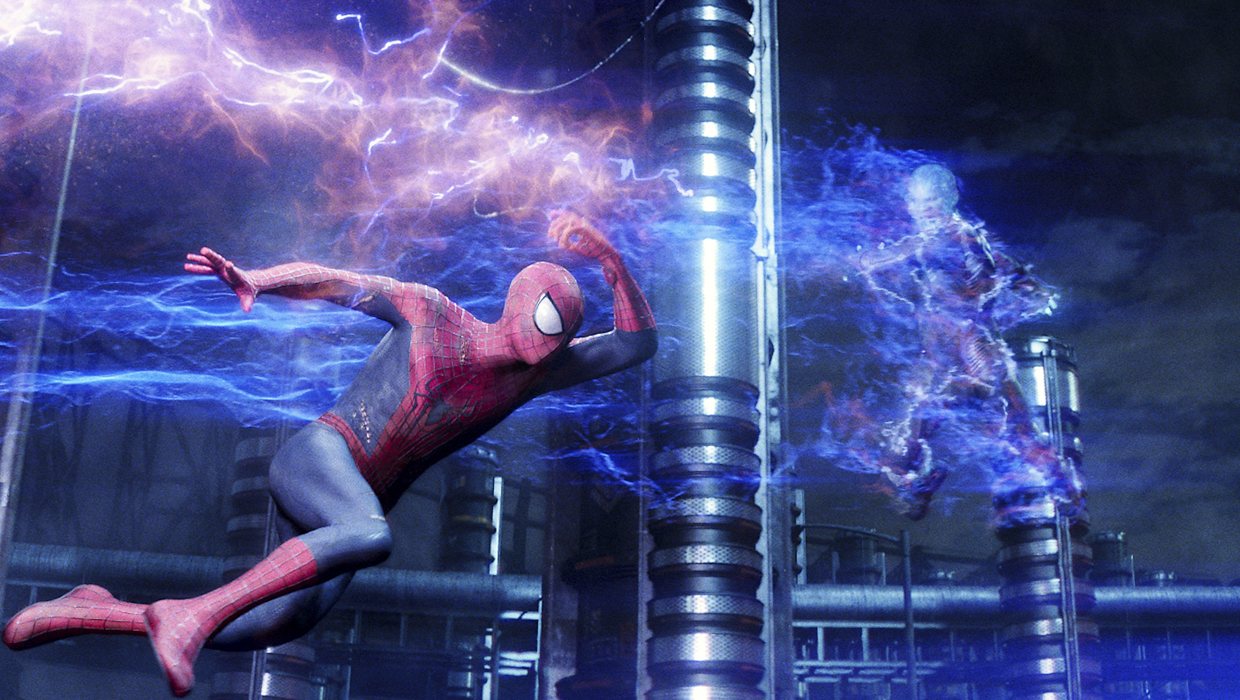 Peter Parker has some sticky obstacles ahead of him, judging by the newly-released trailer for "The Amazing Spider-Man 2."

The clip kicks off with an opening shot of Parker's web-slinging alter-ego Spider-Man in a free fall over his native New York.

"Every day I wake up knowing that the more people I save, the more enemies I will make," Andrew Garfield, reprising his role as Parker, says in voice-over.

"It's just a matter of time before I face those with more power than I can overcome."

We then get to see some new villains, like Electro, played by Oscar-winner Jamie Foxx, and The Rhino (Paul Giamatti).

"Kill Your Darlings" actor Dane DeHaan steps into the role of Oscorp Industries heir Harry Osborn, who eventually takes after his father by becoming the second Green Goblin.

The role of Osborn was previously portrayed by James Franco in Sam Raimi's original Spidey film trilogy. In the comics, the character infamously killed Parker's love interest Gwen Stacey (Emma Stone), and her fate in this film remains up in the air.

Some key details about Peter's origins are also revealed.

His father, Richard Parker, is coming back into the fold. He fled the country when Peter was just an infant after discovering that Oscorp was going to use his technological research for sinister intentions.

It looks like Spidey is bound to have his hands full more than ever both personally and professionally.

Tell us: Do you plan to see the sequel?

Kirsten Dunst on "The Power of the Dog"
More
Ken Lombardi