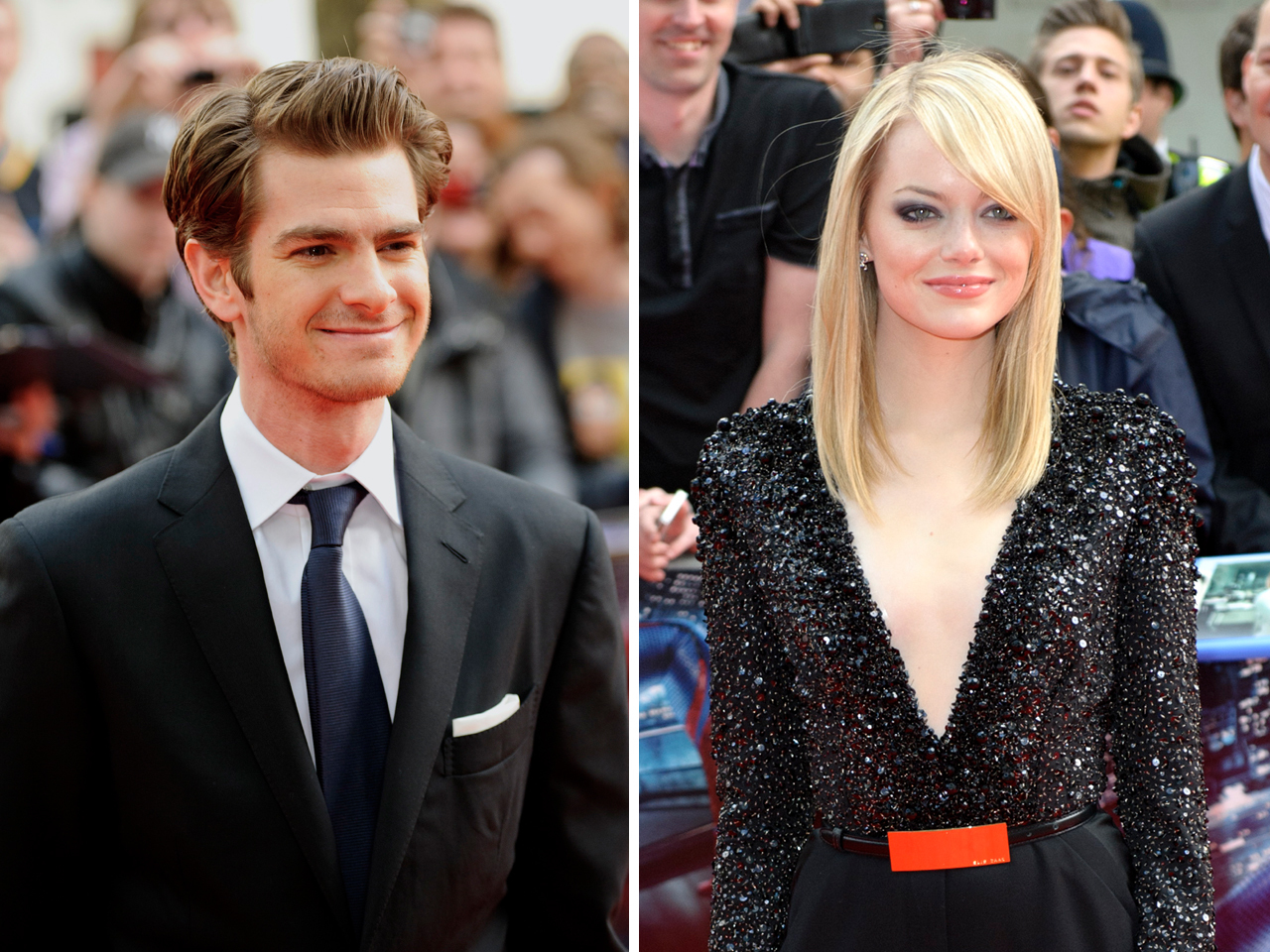 (CBS/AP) Andrew Garfield, Emma Stone and the rest of the cast from "The Amazing Spider-Man" have been traveling around the world attending premieres for the superhero film reboot. On Monday, they walked the red carpet in London for the film's U.K. premiere.

"He was so committed to the physical dimension of the character, like he really was focused on feeling like a spider was taking over him and keeping that DNA alive and every time I would see him, his elbow would be moving a certain way and he was embodying the, like he really was, it felt like he was being taken over by a spider - and when he got in the suit it really paid a lot of dividends," he explained at the premiere in London.

The 28-year-old Garfield followed an intense fitness regimen for six months, six days a week, plus three months of rehearsals and training for his stunt work.

Co-star Stone thinks Garfield's love of the superhero since he was 3 years old makes "his dedication and protection of the character totally apparent throughout the movie."

The franchise reboot tells the story of how Parker - a teenager with a chip on his shoulder, raised by his aunt and uncle - tries to discover what happened to his parents and faces off with his father's former research partner, Dr. Curt Connors (Rhys Ifans), in the form of his villainous alter ego, The Lizard.

Martin Sheen and Sally Field play Parker's well-meaning uncle and aunt, who do their best to keep him from going off the rails.

Garfield was keen to follow their guidance - as actors and mentors.

"They're incredible, they're just fine actors, and people who live well and live purely and with love, and that's very inspiring 'cause you know it's rare that you find someone who's not only a fantastic actor but a fantastically beautiful person," Garfield says, noting he took "more life advice than acting advice" from them.