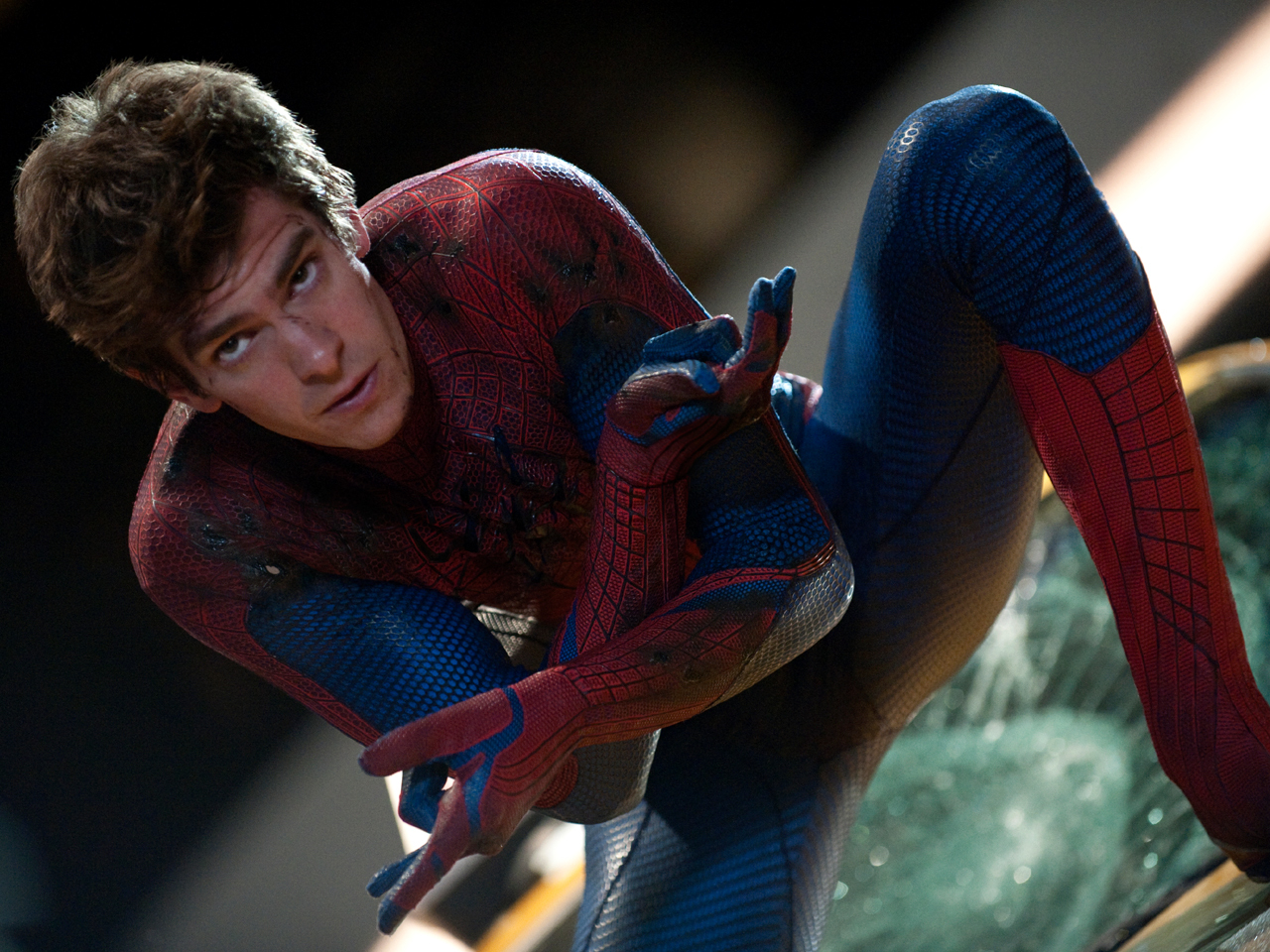 (CBS/AP) Peter Parker flirts with a police officer's daughter, rides a skateboard through Manhattan and fends off an oversized lizard he helped create in "The Amazing Spider-Man."

Footage from the latest take on Marvel Comics' iconic web slinger was shared with theater owners at the CinemaCon convention in Las Vegas on Wednesday night.

The debut comes just days after it was announced that "Transformers" screenwriters Alex Kurtzman and Roberto Orci have signed on to write the screenplay for "The Amazing Spider-Man 2."

The preview saw Andrew Garfield as Peter Parker/Spider-Man soaring through the Manhattan skyline, taunting bad guys, hunting for his father and working up the nerve to ask out Emma Stone, who portrays romantic interest Gwen Stacy.

Rhys Ifans is the villainous Lizard, who used to work with Parker's father in a lab and turns evil after injecting himself with some kind of serum that Parker helped create.

Parker concedes fending off villain after villain isn't easy, but what has really haunted him his entire life is the desire to find out "the truth about my parents."

Stone's character is the daughter of a police officer who soon sets his sights on taking down Parker's masked vigilante.

Stacy and Parker's courtship starts in a high school hallway. He struggles to ask her out after his uncle reveals that Parker keeps her picture on his computer screen.

Garfield's Parker is far less tongue-tied around bad guys. He pretends to be afraid of a knife in one scene before flinging the weapon away with his web.

The 3-D movie directed by Marc Webb opens July 3. The sequel is expected to start production early next year.