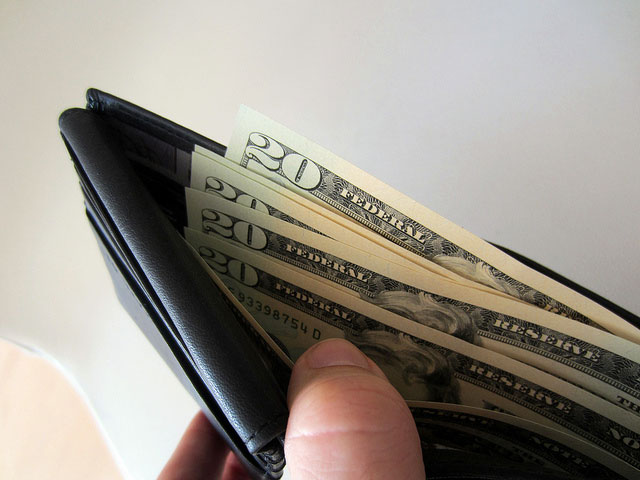 (MoneyWatch) When you retire, you'll have to decide how to spend from your investment portfolio. What's most important is that you determine how much you can safely withdraw from your portfolio without running the risk of outliving your assets. There are two well-known options:

While the income approach guarantees you won't outlive your assets, we advocate the total-return approach for a variety of reasons.

One simple reason is that you don't live forever. Since the whole purpose of investing ultimately is consumption of some kind, it doesn't make sense to constrain spending to only interest and dividends. A simple example I like to use illustrates this point.

Imagine a 65-year-old investor with a $1 million dollar portfolio that's generating 5 percent a year in interest and dividends. (Yes, those were the good old days.) Using an income approach, he limits his spending to $50,000 a year. Thirty years later, he's still alive, has the same $1 million portfolio and is now generating just $20,000 from his portfolio.

Given a life expectancy of about three more years, why should he limit his spending to $20,000? This extreme example makes the point. There's always the risk you won't live to spend your assets, and even if you do live long enough to spend it, your physical health might not allow you to lay out cash on some things (such as travel) anyway. And, finally, current spending has more utility than future spending.

The evidence from a wide variety of studies shows that 65-year-old retirees who maintain at least a moderate exposure to stocks have historically been able to conservatively withdraw 3 percent to 4 percent per year from their portfolios, adjusting the amount each year for inflation, with very low odds of running out of money. Thus investors who have options (such as cutting travel and entertainment expenses, selling second homes and so on) can take even more risk and withdraw higher amounts, as long as they are willing and able to actually cut those expenses. In other words, the right strategy is to use a prudent safe withdrawal rate and have a "plan B."

The other reason for not using an income approach is that low rates (such as today's) force you either to cut way back on expenses or to buy riskier investments because they have higher yields. And that not only confuses yield and return, but it can also introduce far more risk into the portfolio. This was the case with a 63-year-old couple I met the other day.

The husband had read several of my books and believed in the passive, evidence-based approach to investing advocated in them. His one concern was our recommendation to use a total-return approach instead of his cash flow approach. I pointed out to him that when interest rates and dividend yields are sufficient to live off of, the two approaches can be identical. Under the total-return approach, the income generated by the portfolio is the first source tapped to meet spending needs. Only when this source is insufficient does the investor liquidate some holdings. It's only when the dividends and interest are insufficient that the two approaches differ.

I then asked the husband what he was doing to increase the cash flow he needed to meet their spending desires. The response was that he had moved his portfolio from safe bonds to Vanguard's High-Yield Fund (VWEHX), yielding about 6 percent. The problem, as I pointed out, was that he had increased the risk of his portfolio by investing in that fund, subjecting the overall portfolio to a much higher degree of volatility, possibly more than his stomach could stand in a bear market. In 2008, the S&P 500 lost 37 percent and VWEAX lost 21.2 percent, while five-year Treasury bonds returned 13.1 percent. Investment memories can be very short.

In effect, the couple had traded one risk (possibly running out of money) for another ("blowing up" their portfolio because it had taken on much more risk). Moving from safe bonds to higher-yielding investments, such as MLPs, preferred stocks, high-yield bonds and dividend-paying stocks, increases a portfolio's risk, and risks have a nasty tendency to show up at exactly the wrong time -- as they did in 2008.

Vanguard's research team also recommends using a total-return approach, with investors first deciding on an asset allocation based on their unique goals and objectives, and their ability, willingness and need to take risks. Once these are determined, they should stick to their plan, rebalancing along the way as needed. In the withdrawal phase that means selling the assets that have had the best relative performance.

There's one last important point we'll cover related to spending -- the most efficient way to withdraw funds for spending is to do so in the following order: