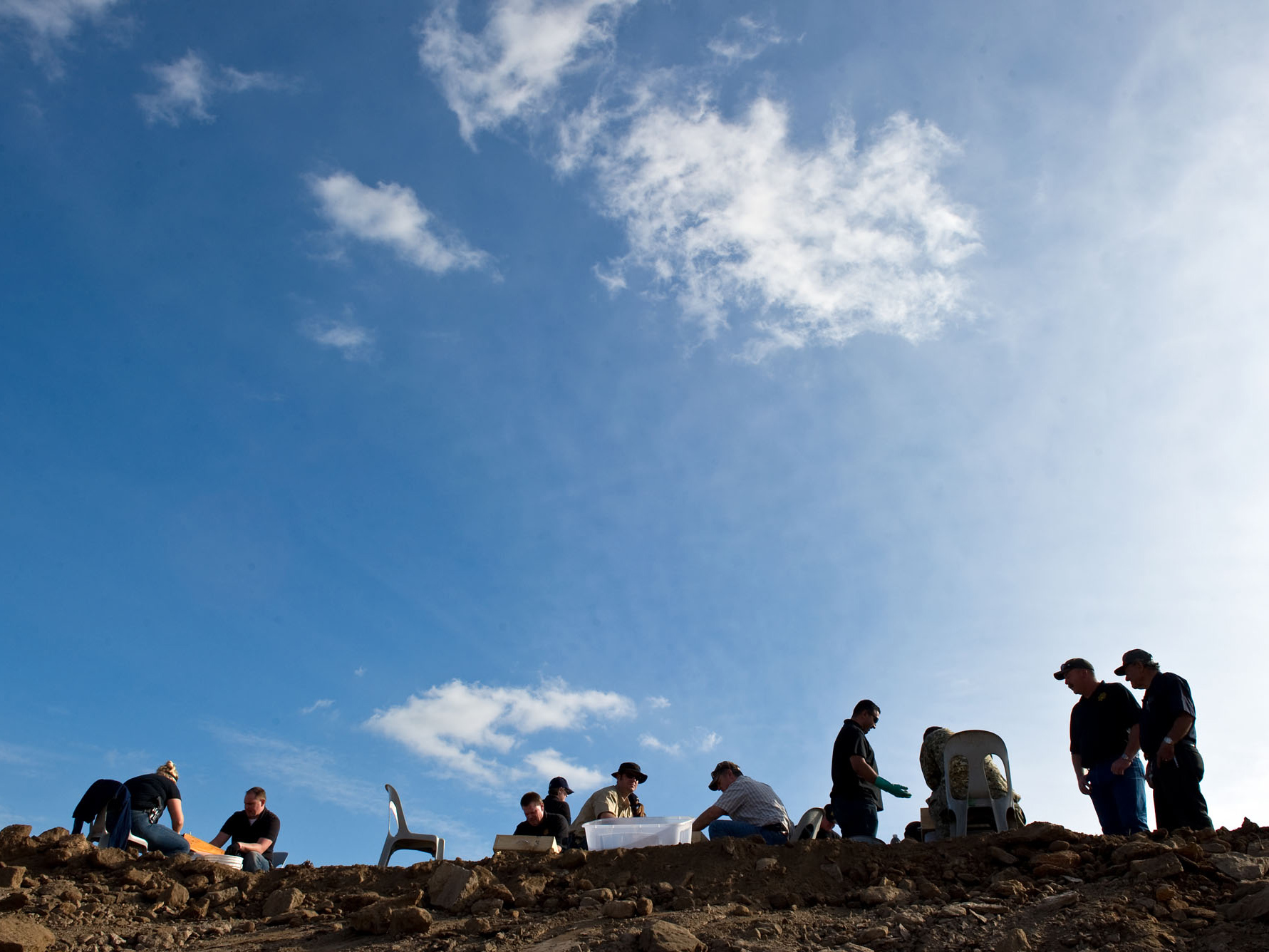 Authorities were led to the remains with the help of a map prepared by Shermantine, who was motivated by a bounty hunter's promise to pay $33,000 for the location. Shermantine and childhood friend Loren Herzog became known as the "Speed Freak Killers" for a methamphetamine-fueled killing spree in the 1980s and '90s that had as many as 15 victims.

The bone fragments discovered so far were found 45 feet deep in the well, reports CBS Sacramento. At 50 feet, investigators reportedly hit the deepest part of the abandoned water well and only discovered a few more fragments while sifting through the remaining half dozen piles of dirt scooped today.

An anthropologist at the San Joaquin County morgue is reportedly piecing together remains, some of which were sent away for DNA analysis, but so far skull fragments and bones pulled from the well haven't been identified.

According to CBS Sacramento, on Tuesday the mother of one of the Speed Freak Killers' known victims was told that some of the remains found last week are definitely from her daughter, Chevy Wheeler.

The station reports that according to Sacramento-based bounty hunter Leonard Padilla, her remains were found in the location where Shermantine admitted that 16-year old Wheeler was buried.

Wheeler went missing from Franklin High School in Stockton in 1985, when she told friends she was skipping school to go with Shermantine to his family's cabin in San Andreas.