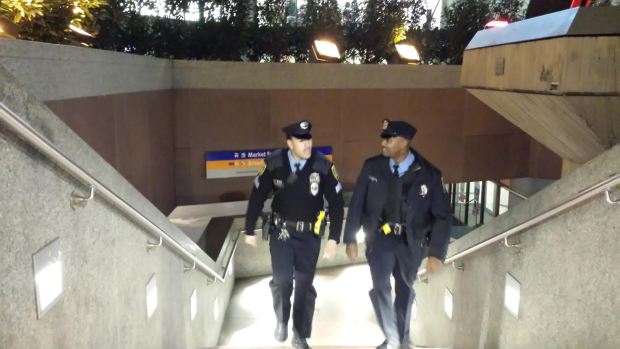 The Southeastern Pennsylvania Transportation Authority says two transit officers jumped into action to help a mother deliver a baby on a subway train.

"As soon as we got there, I could see the baby's head coming through her sweatpants, and we just went right to work," Caban told CBS radio station KYW.

It didn't take long for the baby boy to arrive.

"Both the baby and mother are doing fine," SEPTA spokeswoman Kristin Geiger said, adding that they were taken to Hahnemann University Hospital for evaluation.

"I was hoping for a quiet day, but this is worth it," Caban said. "This is what our job about."

Both of the officers are also fathers. James said the delivery went as well as he could have hoped.

In another tweet, Nestel joked, "For those that have asked, I have waived today's fare for our newest rider."